Maple Lea is tying up at Sydport in Sydney ns. She was towed in with the tug Atlantic Beach and the tug Spanish Mist. They’re currently transferring generators and heaters from the Beach to the Maple Lea.

Update 02/22:
I have since learned that the Maple Lea was Carrying Potatoes from Summerside, and may have been struck by a Coast Guard vessel

Update 02/23
She was struck by the Louis St Laurent. Don Merritt photos of damage to both ships bellow.

More to follow.
Thanks to Peter C. For the tip 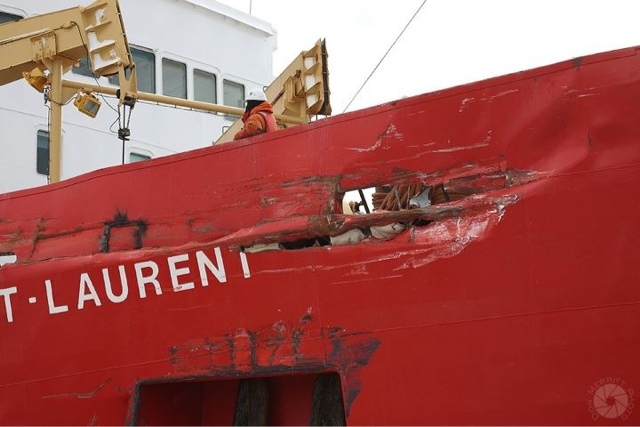 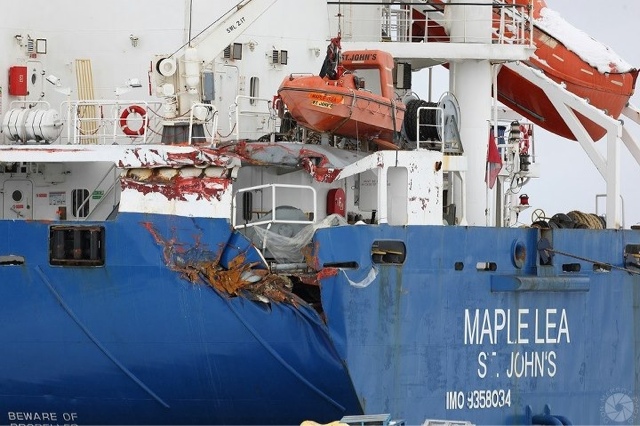 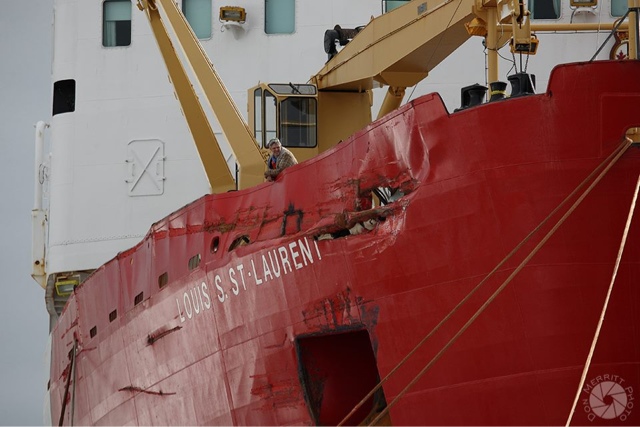 3 thoughts on “Maple Lea towed to Sydney after breakdown”