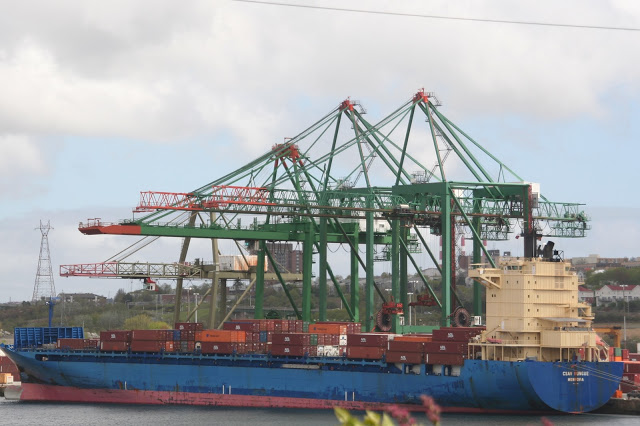 On Sunday, CSAV RUNGUE is scheduled to stop at fairview cove for Atlantic Container Lines.
She is likely the charter vessel to replace Atlantic Cartier, which was damaged by fire.

She is a conventional container vessel, without a RO-RO capability. it is likely then that delays will be added to ro-ro cargo on ACL’s schedule. ACL’s schedule also show GRANDE ANGOLA arriving June 10th. She is a Con-ro ship, simalar to ACL’s vessels, and owned by thier parent Grimaldi group.