HMCS Haida is a Tribal class destroyer that served in the RCN from 1943-1963.
Haida sank more enemy surface tonnage than any other Canadian warship. She is also the only surviving Tribal-class destroyer out of 27 vessels that were constructed between 1937-1945 for the RN, RAN and the RCN.
She was commissioned Aug 30 1943, and just celebrated her 70th birthday. She is now operated by Parks Canada in Hamilton Ont. 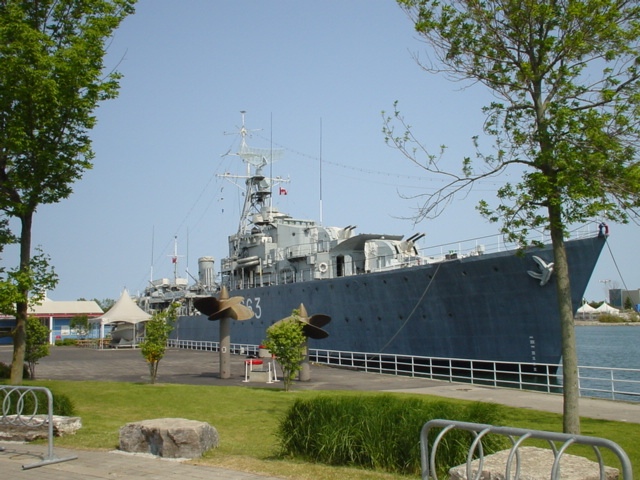