For Part one, See Replacing Preserver and Protector 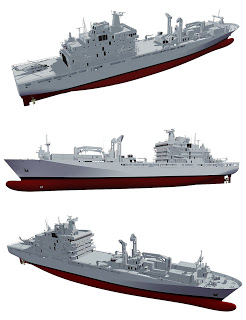 In part one We looked at the the Joint Support Ship, and how we went from replacing AOR’s (Fleet Replenishment Oilers) to a command and control + AOR. And how that requirement evolved and de-volved bring us back to a more traditional AOR Design.On June 2 2012, The Government announced we would be building 2 of the Berlin Class, already in use by the German Navy, And we know from the NSPS process that Sea Span will be building the vessels.

Great  – So now we know what were building, and who is going to do it. Not so fast,  this is a government Procurement – it cant be that simple, and it isn’t. Seaspan is tied up, they also won the right to build the Coast Guards new Polar Icebreaker, the CCGS John Diefenbaker, the government must now decide who gets their aging ships replaced first, as Both the CCGS Louis St. Laurent and Preserver and Protector are well past their prime. All three vessels were commissioned in 1969/70 so they are all of the same vintage, and all have had major work done recently to keep them operating. 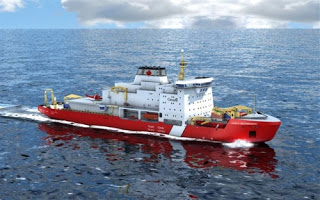 It would seem that building the heavy ice breaker first would make the most sense. Once steel cutting is done on it, and fabrication is well underway, then fabrication can begin on the 2 new AOR’s. it would be a longer wait for the the Icebreaker would the AOR’s go first, and worst case, we can borrow/make use of our Allies replenishment capability. The Americans heavy icebreaker program is in equally bad shape.

So when will they be replaced? Who knows. but we know what we are getting.

Incidentally, based on a briefing note it looks like the first NSPS Vessels will be the Offshore Fisheries research Vessels to be built by SeaSpan. the Build start is scheduled for 2014 with delivery in 2015.