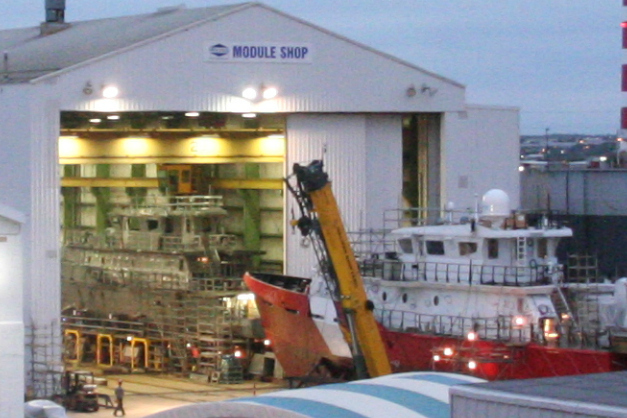 Hero #8 (Second to last) can be seen being assembled in the Assembly hall. She looks to be close to receiving her paint, however the yard lacks space in the lay down area until Hero #6 CCGS Corporal McLaren MMV is launched.

Hero Class #7 CCGS A. LeBlanc  can be seen on the left in the above photo, and after painting, remained outside the shop for continued work. once the McLaren is launched, presumably the Leblanc will be rolled back and #8 will be painted.