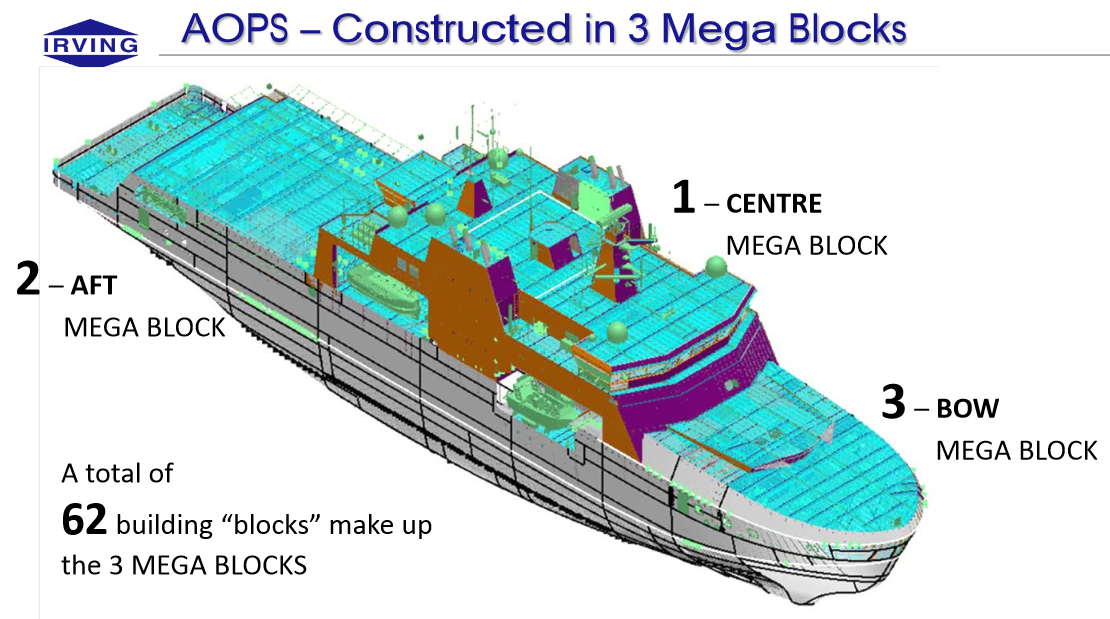 In a technical briefing with media in Ottawa Friday morning, representatives from Public Works Government Services Canada, the Canadian Navy and Irving Shipbuilding provided an overview of the Arctic Offshore Patrol ship program including the ship’s design and capability, the number of ships to be built and the construction schedule.

The Shipyards contract with the government is for six ships. The build contract is valued at $2.3 billion. Should costs increase due to unforeseen factors, the contract will guarantee the delivery of five ships within the same ceiling price ($2.3 billion). Basically the contract is for 5, but if they come in at a good price, they will build 6.

Construction of the first sections of the vessels – known as initial blocks or production test modules – will begin in June. The shipyard will test its new infrastructure, environment and production processes, with these initial blocks. Cutting of steel for the first AOPS ship is on target for September 2015.