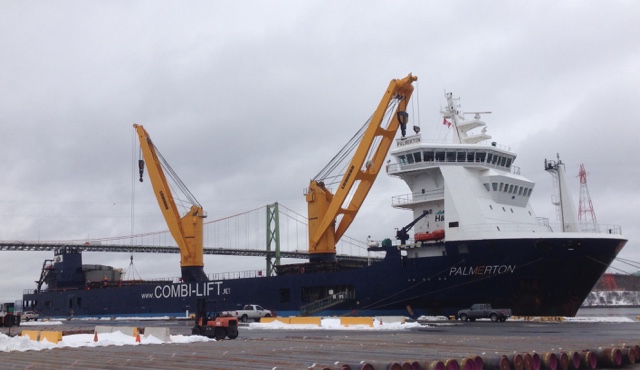 Combi-lifts ship Palmerton tied up at pier 9 Last Night. Part of Combi-Lift’s CL900 class each crane is rated to 450tons, or 900tons combined lifting power. She is also Ice Class E3. Built by the Kouan Shipyard in China she and her 6 classmates were built between 2009-2010 (She is First of Class)

No word on what she’s offloading, though its likely some sort of project cargo.