The general cargo ship Noranda Madeleine arrived at pier 9 from France yesterday afternoon with a new Drilling Riser. The Foam Buoyancy modules are already laid out on the pier, and as the riser pipe is unloaded it is assembled. 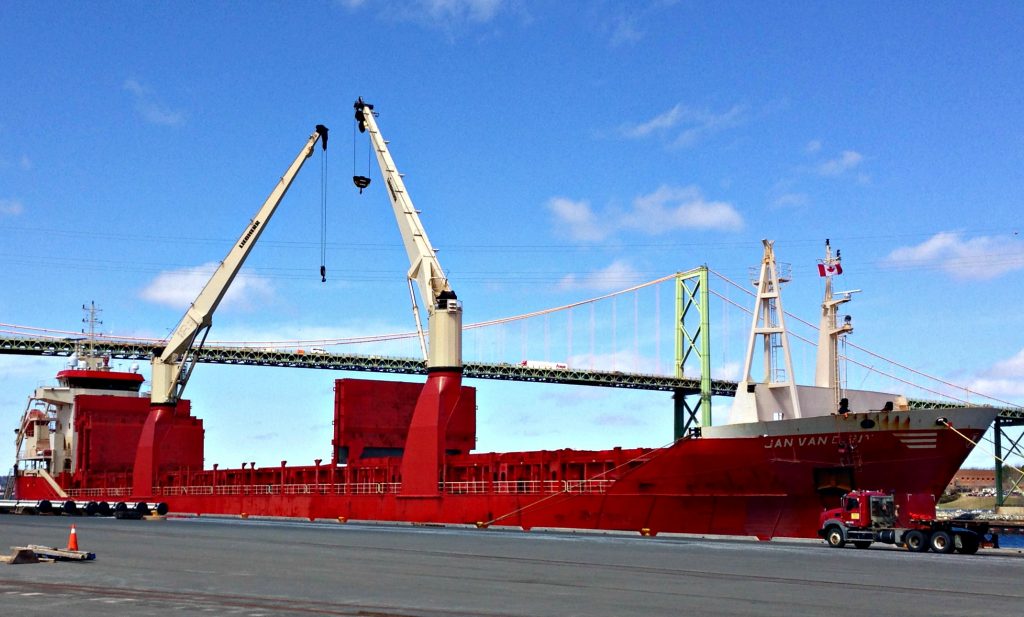 The Noranda Madeleine is due to sail tonight, and presumably at that time the riser will be loaded onto the platform supply vessels and transported to the Stenna Icemax. 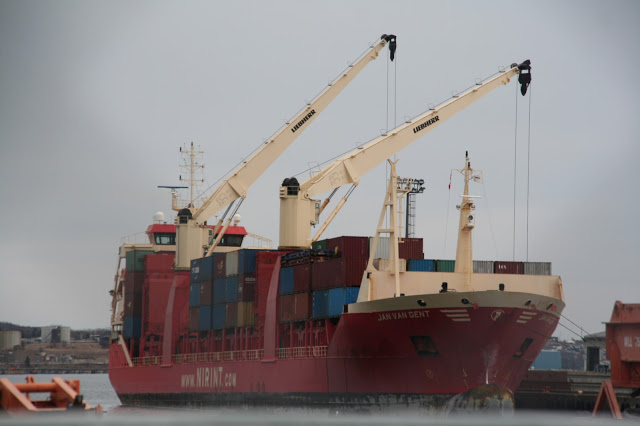 If the Noranda Madeleine Looks Familiar, Its because she was a regular caller to Halifax as the Jan Van Gent for Nirint.