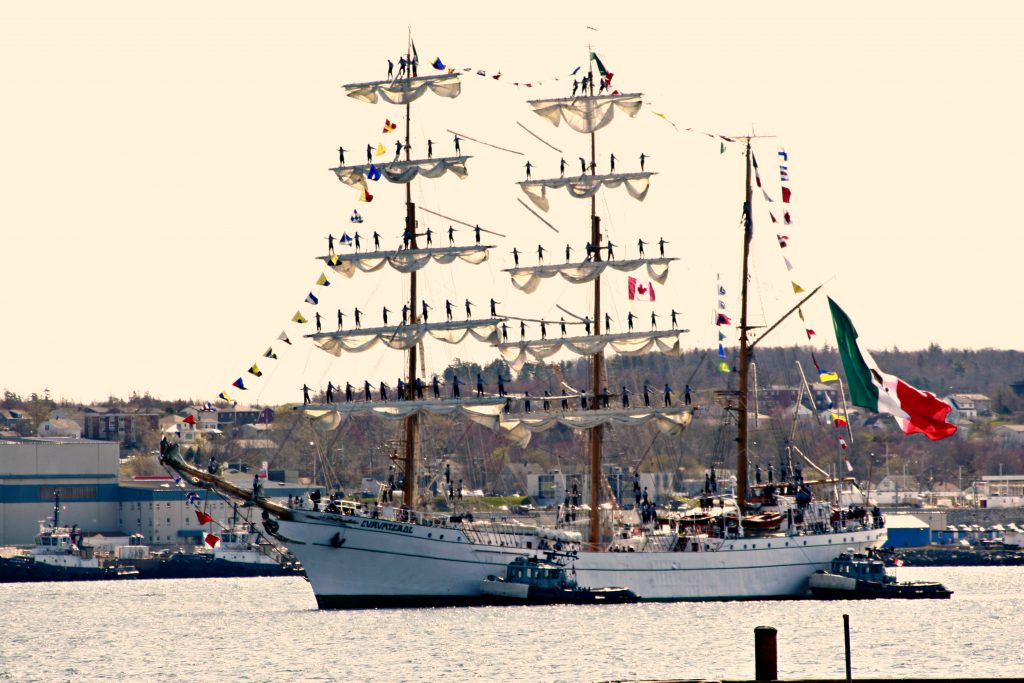 Cuauhtémoc arrived this morning – Her Crew put on a good show, manning the masts for her arrival at the Cable Wharf.
She will be open for tours 11-4 today, and 10am-8pm Friday, Saturday to Sunday.
Before sailing at 10am on the 16th.
Cuauhtémoc is named after the last Aztec emperor and servea as a training vessel for the Mexican Navy. She is the last of four sister ships built by the Naval Shipyards of Bilbao, Spain, in 1982, based on a design similar to the 1930 designs of the German firm Blohm & Voss so she is a modern version of the  USCGC Eagle. Her contemporaries Include Gloria (1968 columbia) Guayas (1977 Ecuador) and Simon Bolivar (1980 Venezuela)