The need for a landfall lighthouse for Halifax was apparent early on, and in 1752 a lottery was formed to fund the construction. It failed to raise the necessary funds, and the first act passed by the first legislature in 1758 was a tax on ships to fund the light. The Nova Scotia Archives recently released a number of documents and photos related to the Light, including the Tax Records for the lighthouse funding. 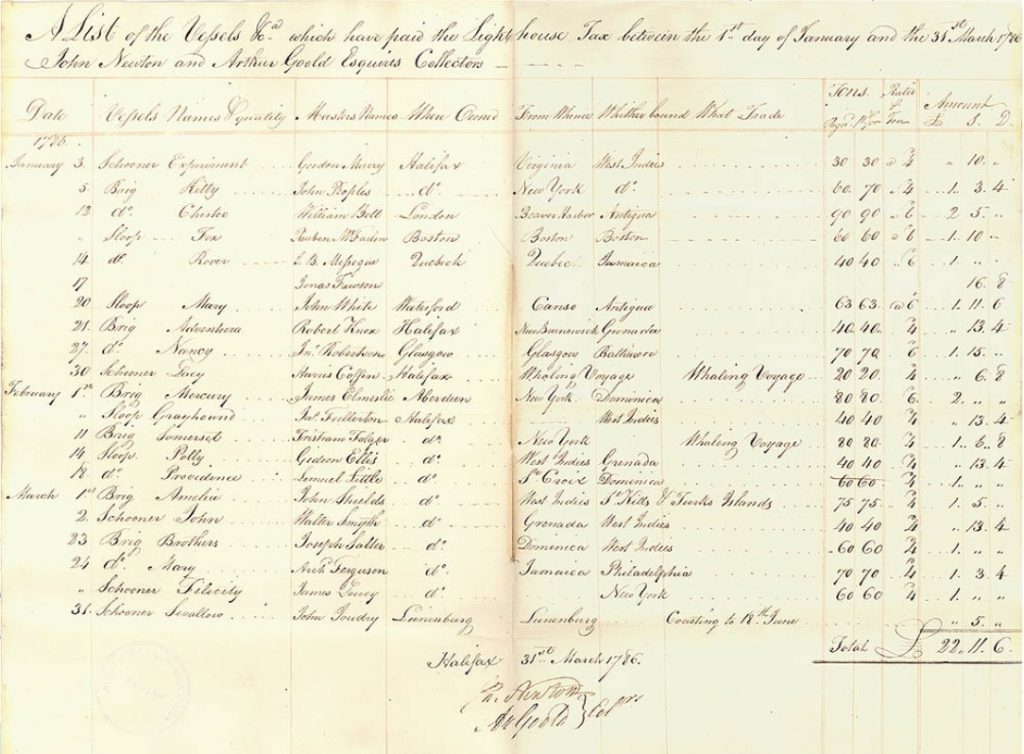 Landfall lighthouses are tall structures, designed so that the light can be seen at a great distance, to point ships to a harbour. The light is octagonal in shape, and constructed of masonry, covered with wooden shingles due to early moisture issues.the Sambro Island Light is visible for 24 Nautical miles (44km) 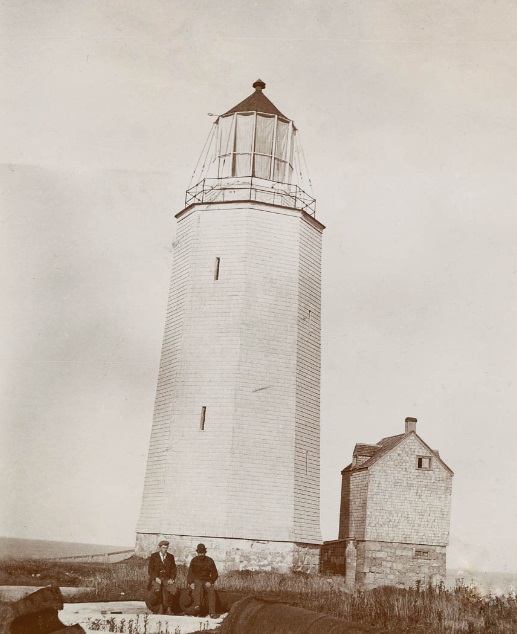 (Above) Sambro Island Light as built, An additional 22′ of height was added in 1906 to increase the lights Range. 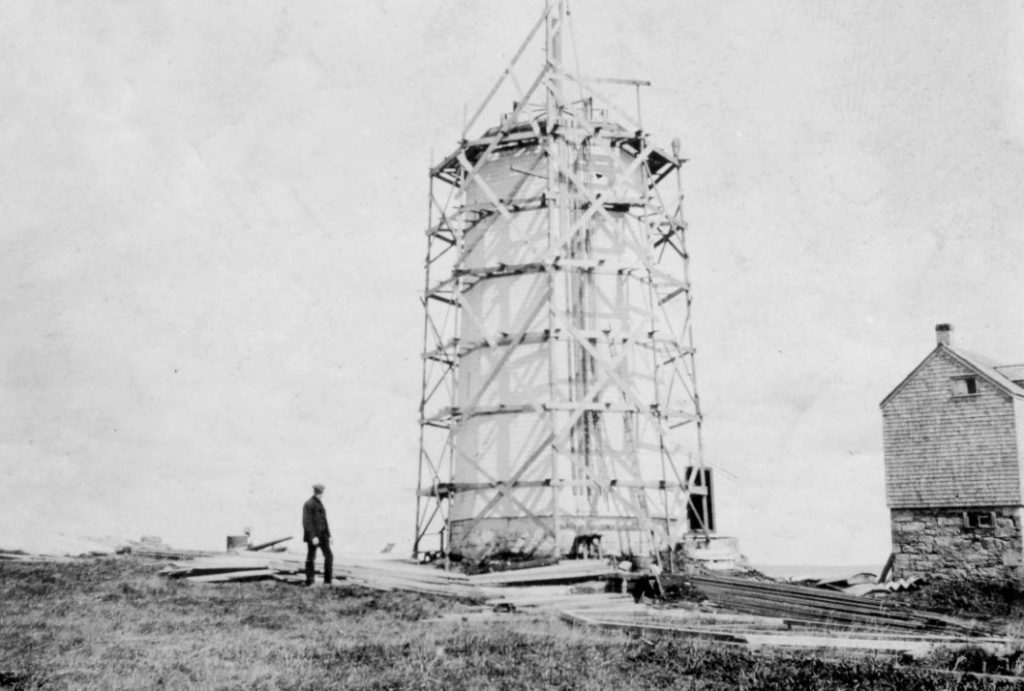 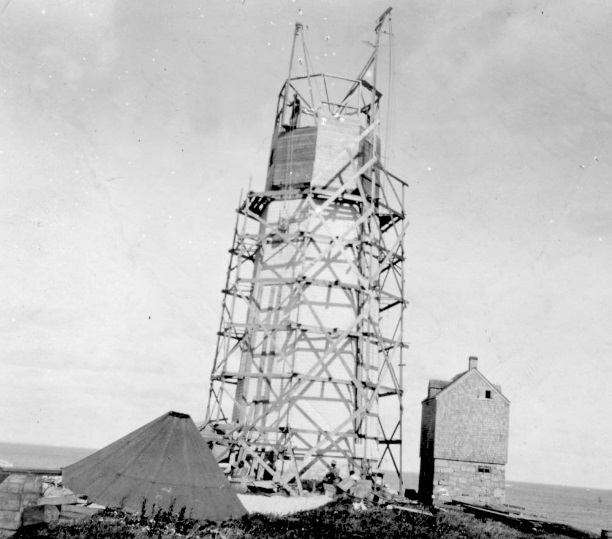 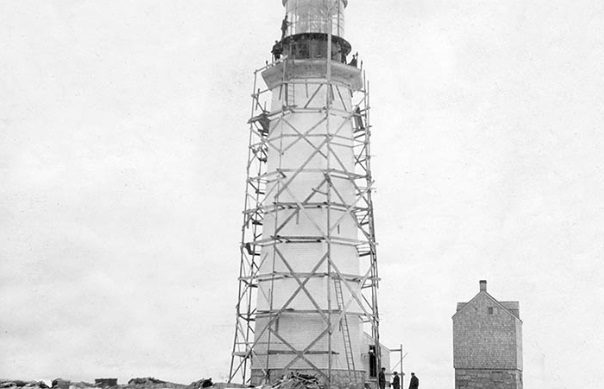 (above) the Heightening of the Sambro Light. Photos from the Department of Transportation Albums at the Nova Scotia Archives. (below) the completed tower. the Red White the stripes were added in 1908. 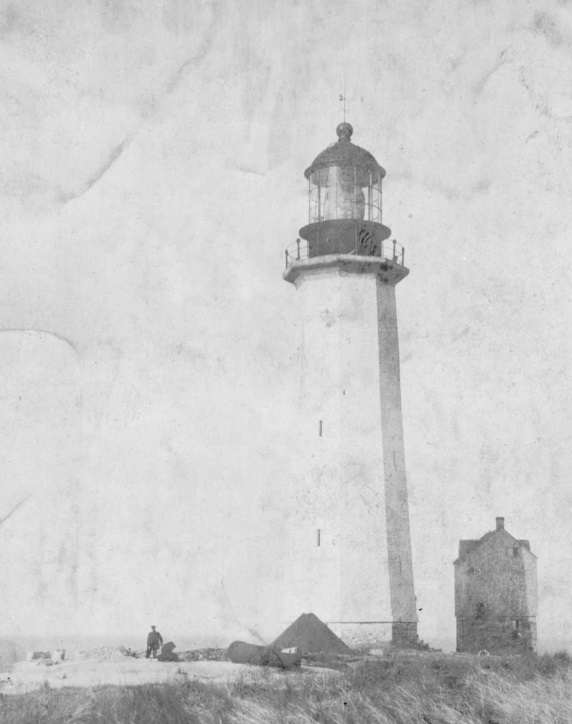 The Sambro Light is the oldest Lighthouse in North America and the Caribbean. Louisburg’s lighthouse was originally built in 1733, but was destroyed by the British during the Siege of Louisburg. Boston Light location dates to 1716, but the original was destroyed in 1776 by the British, during the revolutionary war. The current light was rebuilt on the foundations of the original light in 1783.