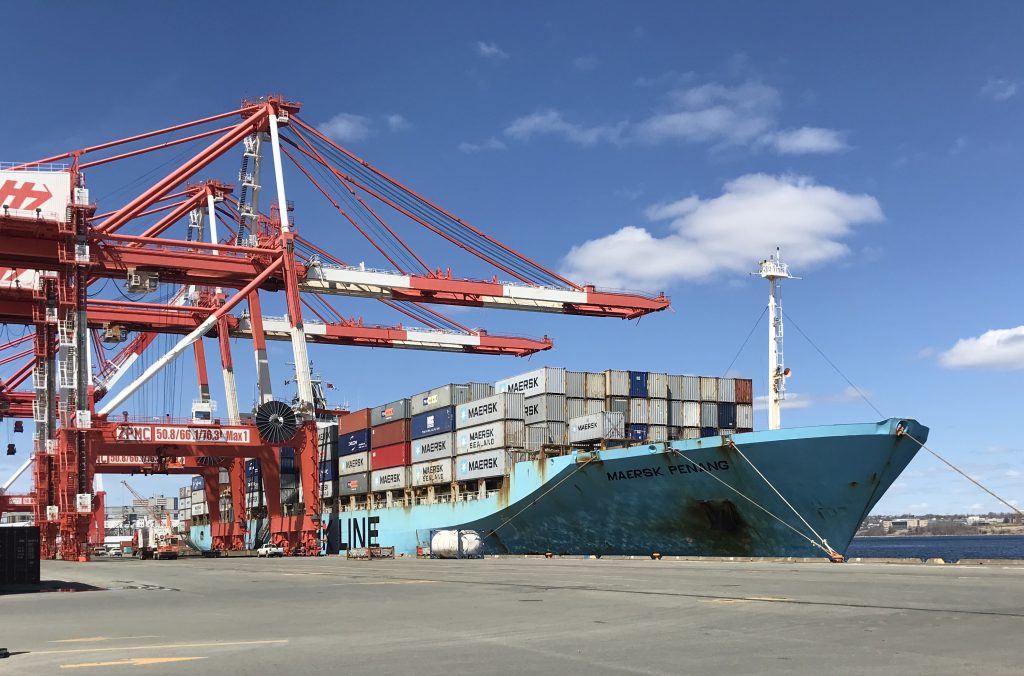 Maersk Line yesterday announced the expansion of its product portfolio between Europe’s Mediterranean region and Canada to cater for the growing demands of importers and exporters on both sides of the Atlantic.

The fully Maersk Line-operated weekly Med/Montreal express(MMX) service will be a five-vessel rotation stopping in Salerno and La Spezia (Italy), Fos-sur-Mer (France), Algeciras (Spain), Montreal and Halifax (Canada), and Valencia (Spain). The exclusive Maersk-operated service, the Med / Montreal Express, will have its first sailing on July 2nd, departing from Salerno, Italy, and arriving in Montreal on July 19th.

The new service will call Montreal’s Cast terminal, operated by MGT, which is conveniently located closest to the ocean and offers easy access to rail and trucking options.

In addition, the service will make an Eastbound call in Halifax, Nova Scotia, catering for an important Canadian perishable market and facilitating refrigerated shipments of foodstuff traditionally exported from Canadian Maritime Provinces.

The New Service will compete with ZIM’s ZCI service, and The Alliance’s AL6

Maersk will be maintaining its long standing CAE Service, which makes a weekly call on Saturday with stops in Bremerhaven, Antwerp and Rotterdam.