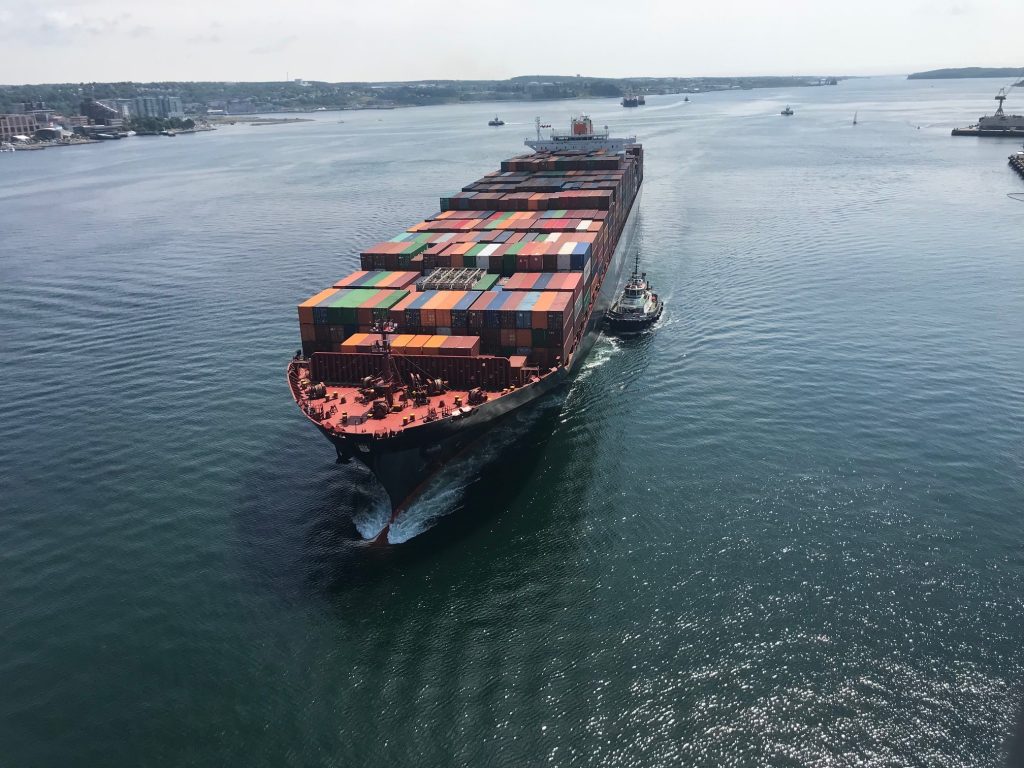 following closely behind Atlantic Sun, was Hapag-Llyod’s  Dalian Express. A frequent caller over the years, the ship went to the basin on arrival. Built in 2001 as Hamburg Express, She was renamed in 2011 to free up the name for a newer larger vessel. Shes Rated at 7502TEU 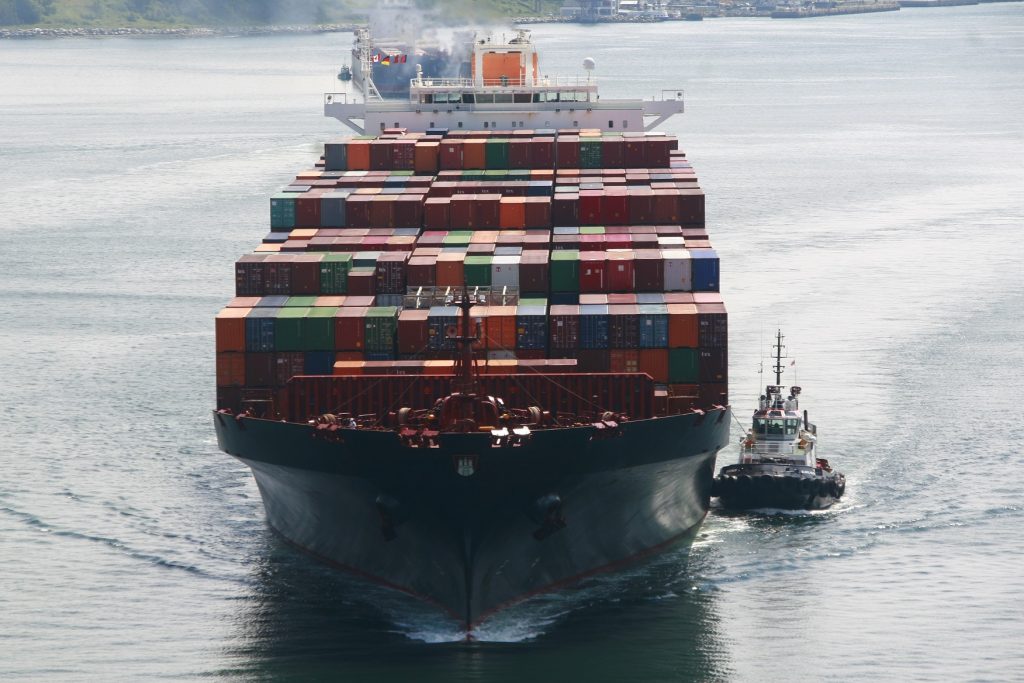 the Tug Atlantic Willow on position on the port side. Atlantic Bear took the stern. 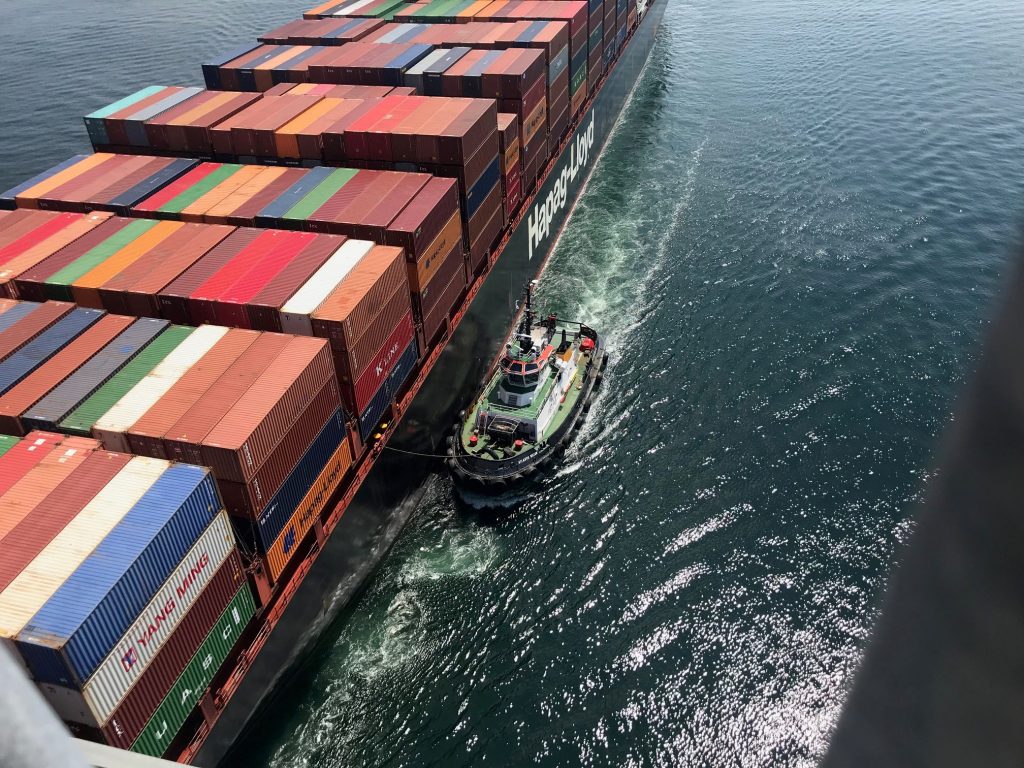