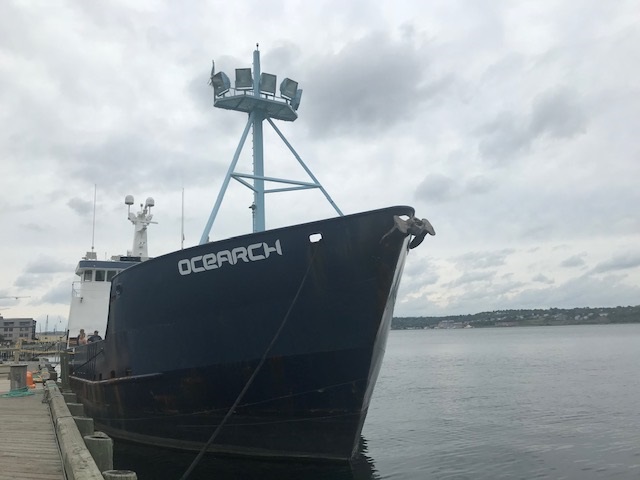 Ocearch, the folks who tagged him, and several other sharks are in town, before heading to Lunenburg and off on a shark tagging expedition in the waters off Nova Scotia. 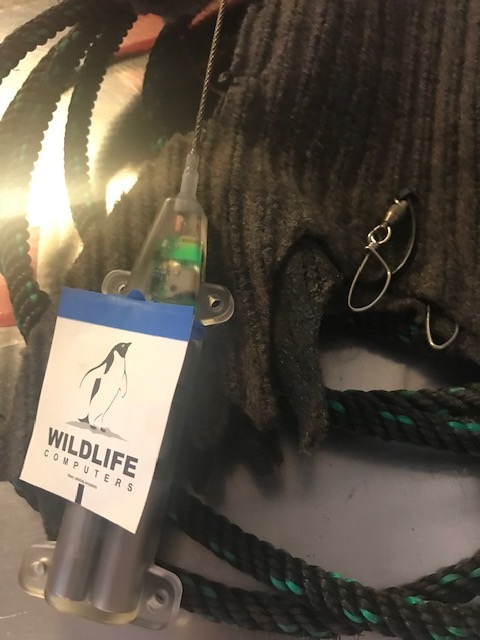 Ocearch is a former Bering Sea crab boat, Arctic Eagle, that was retired, and then converted to be a mothership for a a sport fisherman. That guy fitted a large boat lift, and when the boat turned out to be too slow for his needs, it was purchased for research. 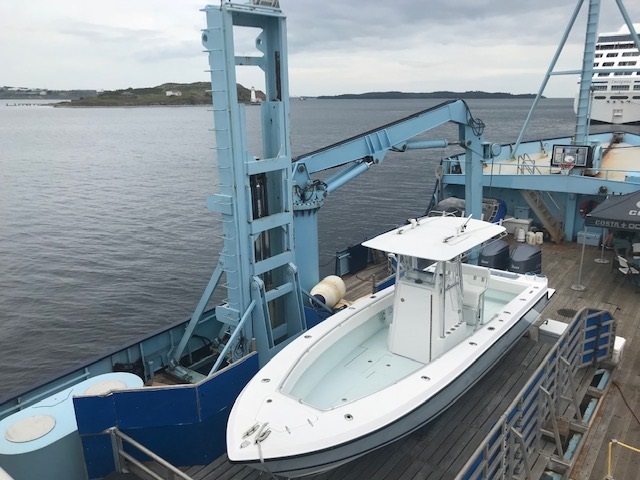 Boats are placed in the water with the picking hook, and the actual shark fishing is done with hand lines from the smaller faster boat. Once the shark is caught, a submersible platform on the former boat lift is lowered into the water, and the shark brought aboard. the lift is then raised out of the water, with the ships crab tanks being used as ballast tanks to keep the vessel properly trimmed. 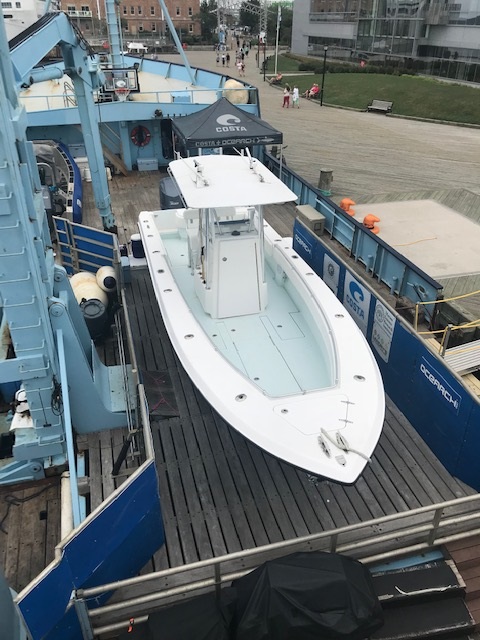 with the shark now parked on the platform, water is pumped over the gills to allow it to breath, and a towel placed over its eyes. the shark is then tagged, and various samples are taken. after about 15 minutes, the science is done, and the shark is released to go swim away. 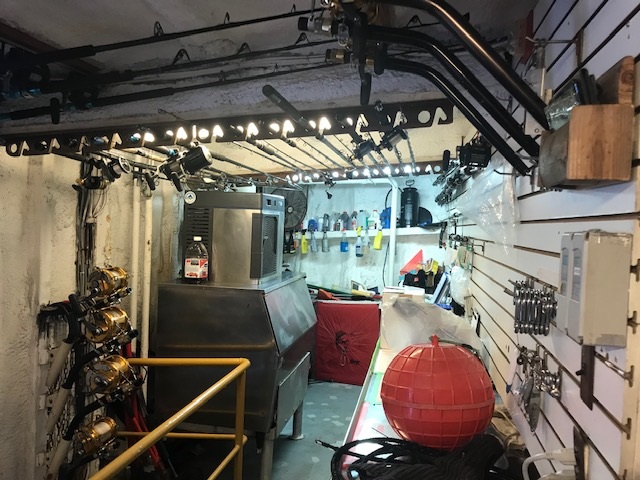 Sharks are caught with Hand Lines, so all the fishing gear is for landing Bait, or fresh fish for the crew.  The area forward is known as the Tackle bar, For reasons. 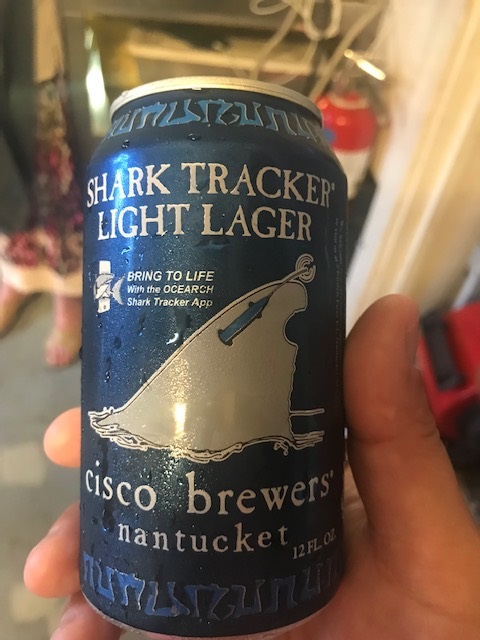 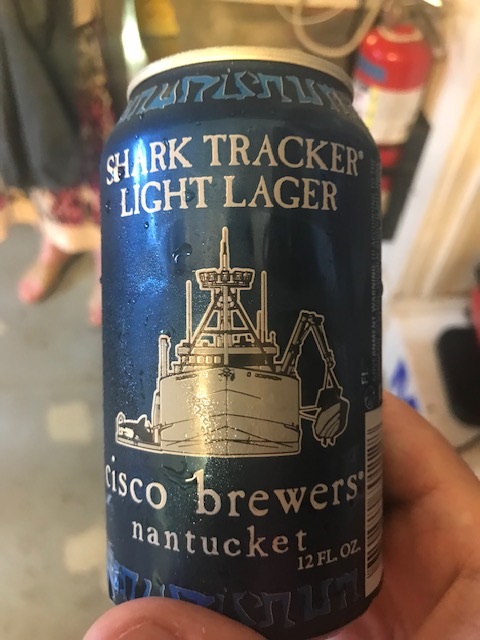 1 thought on “Tag your.. a shark?! @ocearch #NovaScotiaExpedition”