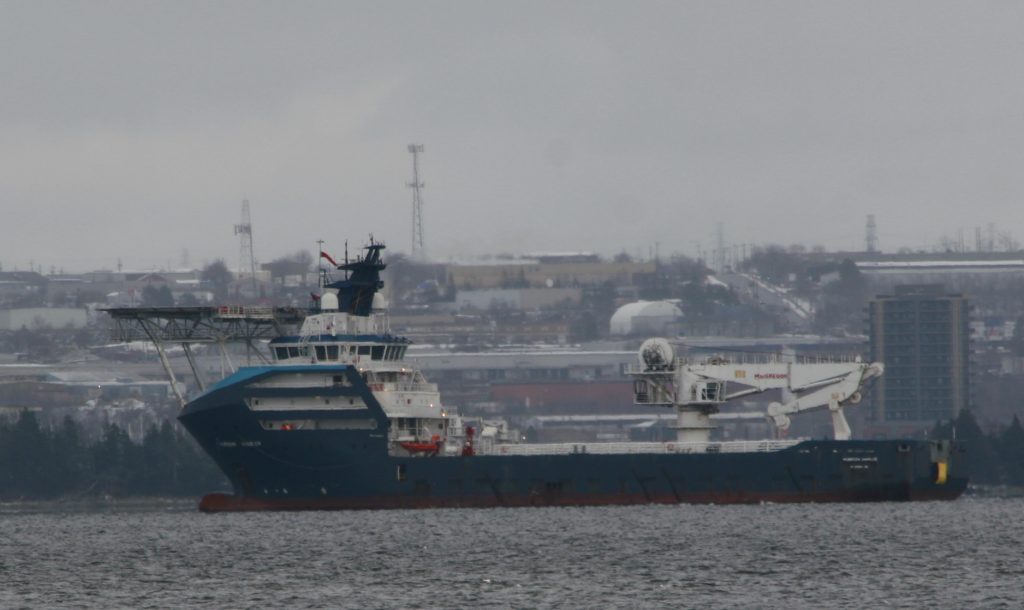 Horizon maritime of Dartmouth registered the multifunction offshore support vessel Horizon Enabler on November 21. The former Tidewater Enabler was built by STX Offshore of Norway in 2010, and had been on charter to Horizon Maritime since August. The ship was recently involved with the removal of oil form the sunken Manolis L for the Coast Guard.

The ship arrived at pier 9 in Halifax December 4th, and will be doing work on a sub sea cable off the Magdalen Islands. She spent today on trials in the basin.

The ship joins Horizon Star as the second ship owned by Horizon though they currently operate several other Tidewater vessels on Charter.