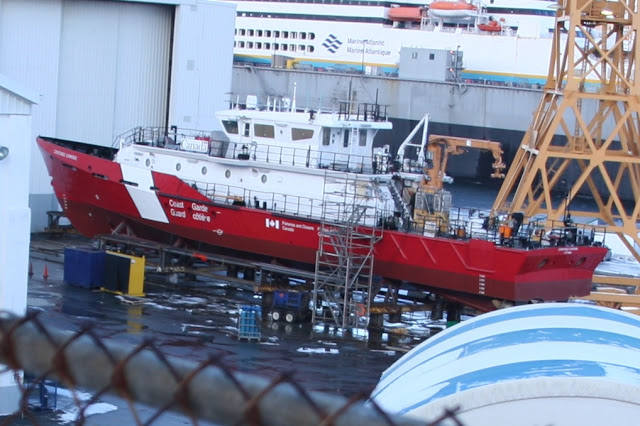 The 4th Hero Class Mid Shore Patrol Vessel, CCGS Constable Carrière  (Above) was rolled out today at halifax ship yards. To date 2 have been completed and turned over to the coast guard, and CCGS Corporal Teather C.V is nearing completion at pier 9 (Below). 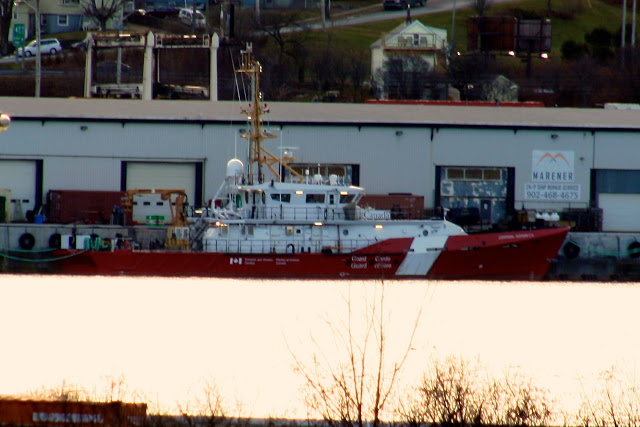 J. L. François Carrière was an officer in the Royal Canadian Mounted Police, who drowned on duty. It was while he was working as a scuba diver, subjecting a suspected drug-smuggling vessel, the Donia Portland, to an underwater inspection, that Carrière died. The Donia Portland was a large freighter, and Carrière was one of a team of five inspecting the vessel. He reported problems with his breathing apparatus, although his gauge showed he still had air in his tanks. Another diver who went to assist him, lost contact with him due to murky water.