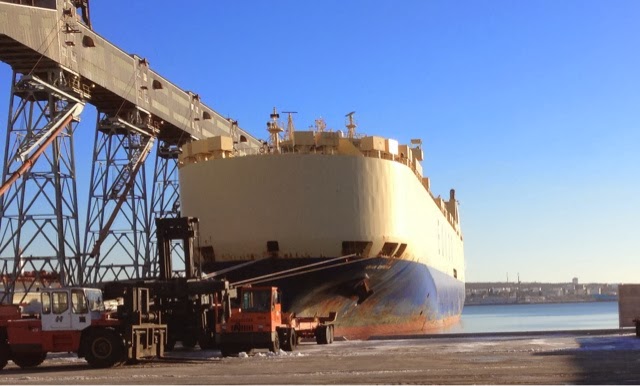 word has reached me that the PCTC Asian Emperor currently at pier 27 has sustained significant damage to her one of her decks. This is likely the result of cargo breaking loose and shifting.

Asian Emperor arrived on the 15th

UPDATE: Asian Emperor moved to Autoport just prior to noon on Tuesday the 18th. This revealed some of the Carnage. 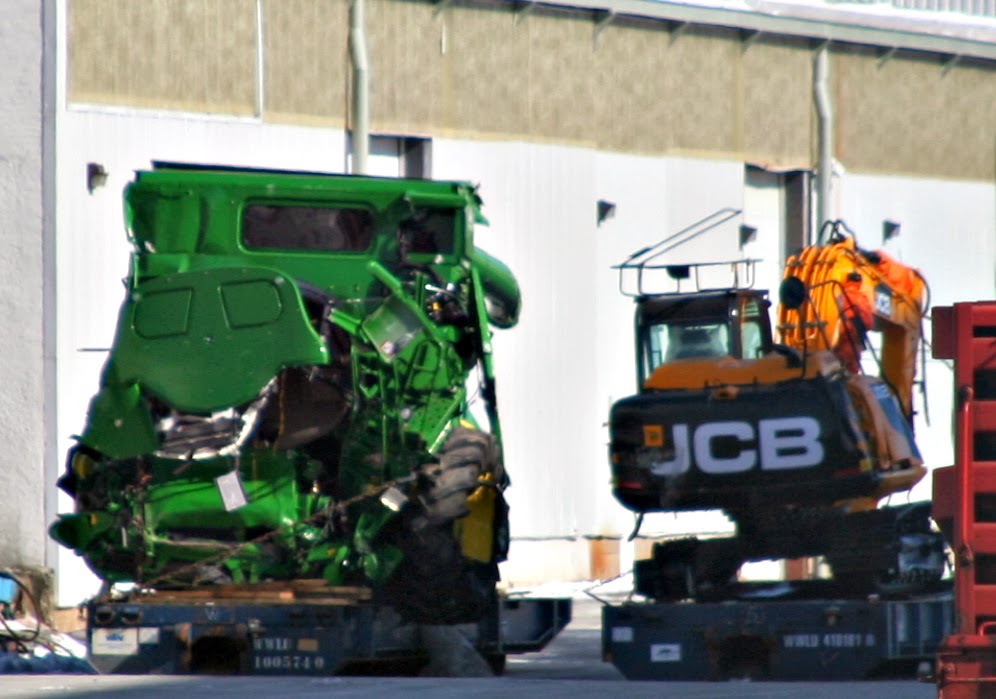 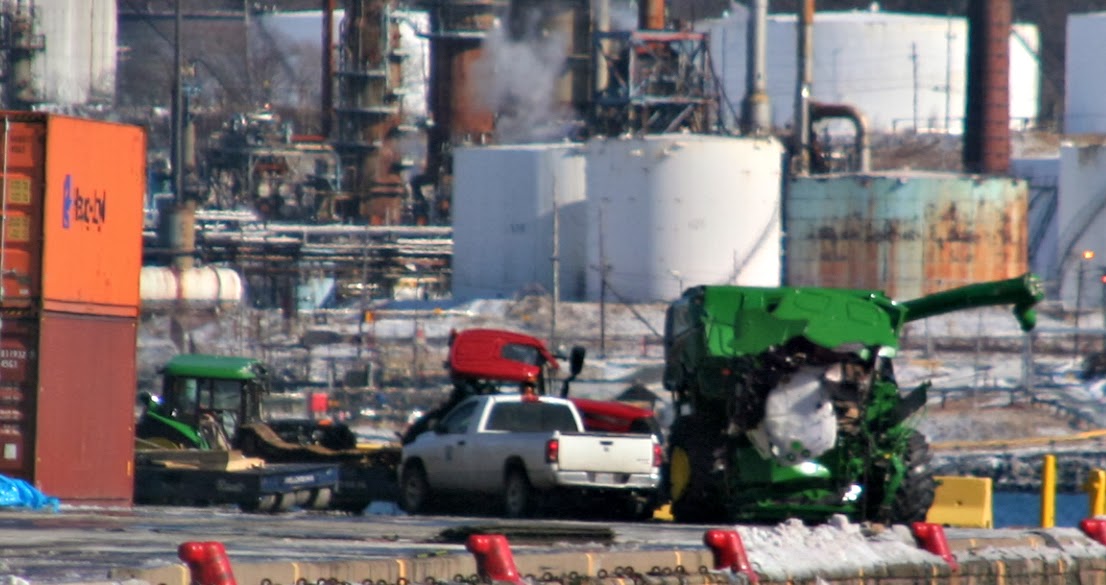 People with BMW’s on order are frantically trying to find out if their car was trashed. I Have been emailed by a Woman from Montreal, And their are Forum Posts Here and Here of people looking to discover the fate of their vehicles.

Its Posible this damage is the result of Parametric Rolling. Kenebec Captain (Who Sails PCTC’s for a day job) describes taking a parametric roll in a post, speculating that lashings would fail if it continued.

UPDATE  02/19: Asian Emperor is back at Pier 30, after unloading undamaged vehicles at Autoport. Unknown if Damaged cars will not come off, but the stern ramp is visible. 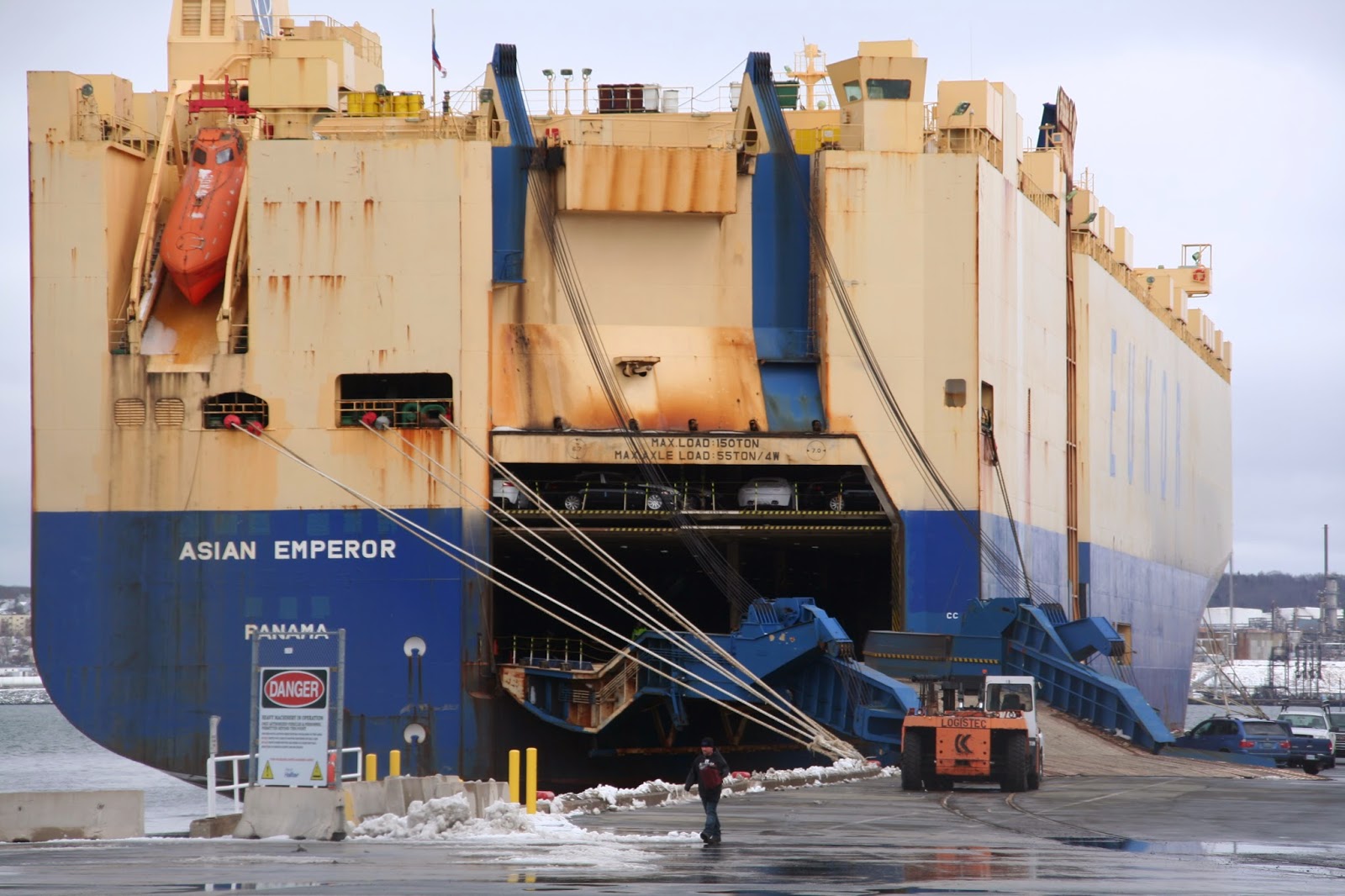 UPDATE 02/21:  Ship is still at pier 30.From a BMW Dealer in the Comments, this apparently came from a bmw official in NJ.

There were 1,200 vehicles on the ship and approximately 30 were damaged. If the damage represents 3% or greater BMW will total the vehicle. at this point new owners will need to re-order or dealers can try to perform a locate for the client, In the US BMW NA will provide some sort of a goo will discount on the vehicle if you are one the unlucky ones

I have also heard that BMW is trying to coordinate a payload transfer, which, essentially, allows for vehicles that have not been damaged to be moved aboard the Turandot. The problem with this is that the space is limited to the amount of vehicles being unloaded in Halifax. So, there will still be some that will have to remain on the Asian Emperor until it is fixed, or until the next ship arrives to port.

Turandot Arrived and Departed on the 20th. Don Juan  is due on the 25th. Will be interesting to see if Asian Emperor moves back to autoport before then.