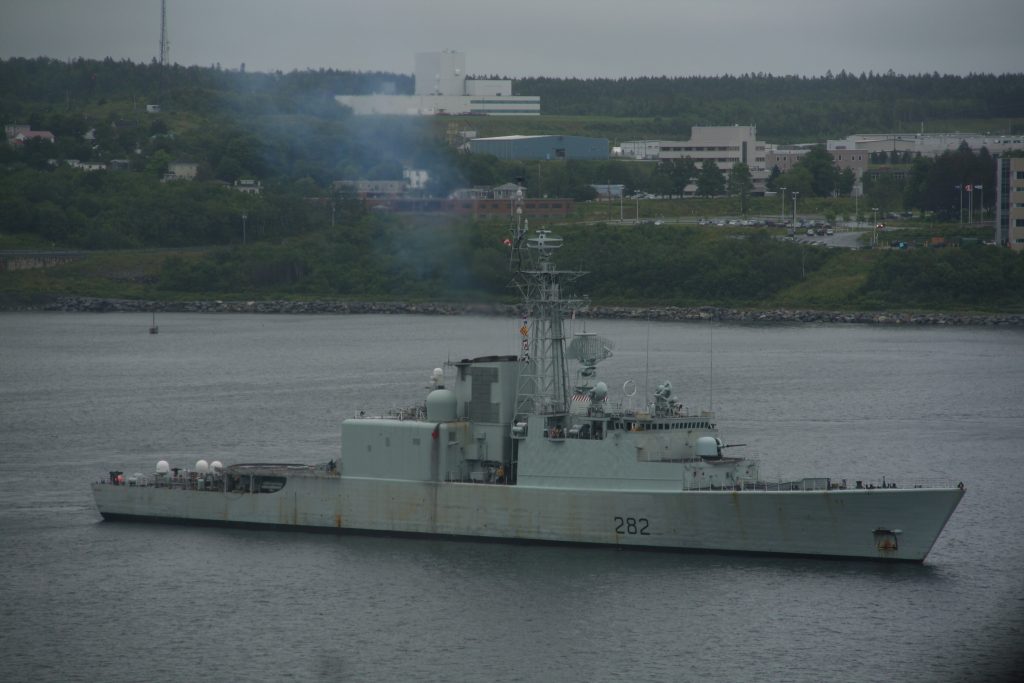 Marine Recycling Corp. of Port Colborne, Ont., has been awarded a $5.7-million contract the Athabaskan. The Work will take place in Sydney NS, and needs to be complete by July 2019.

Sadly, it looks like she wont become a museum ship. 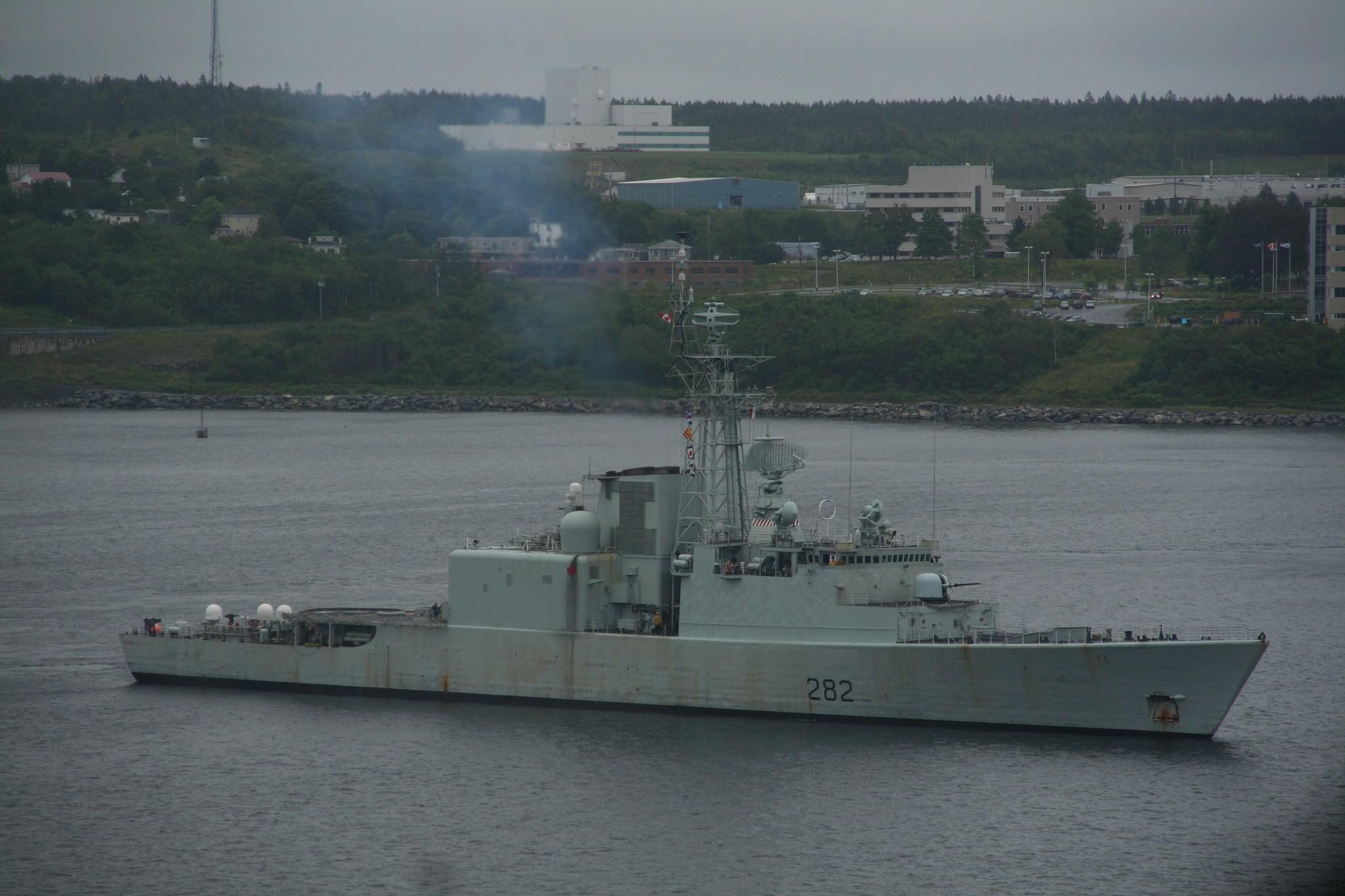 The federal government issued a tender to “dispose of, through Ship Breaking, the former HMCS ATHABASKAN”

This means she is to be scrapped, rather then preserved as a museum ship. You can read the Tender at https://buyandsell.gc.ca/procurement-data/tender-notice/PW-ERD-003-26503

Next weeks Council agenda contains an item for DND requesting a Flypast. March 10. For the paying off of HMCS Athabaskan. The good news, is that this paying off includes a Sailpast.

That Halifax Regional Council grant permission for the Royal Canadian Air Force to conduct a low-level flyby, as low as 500 feet over the water, of two CH-124 Sea Kings as they escort HMCS ATHABASKAN during the final sail past on Friday, March 10, 2017 in conjunction with the paying off ceremony. 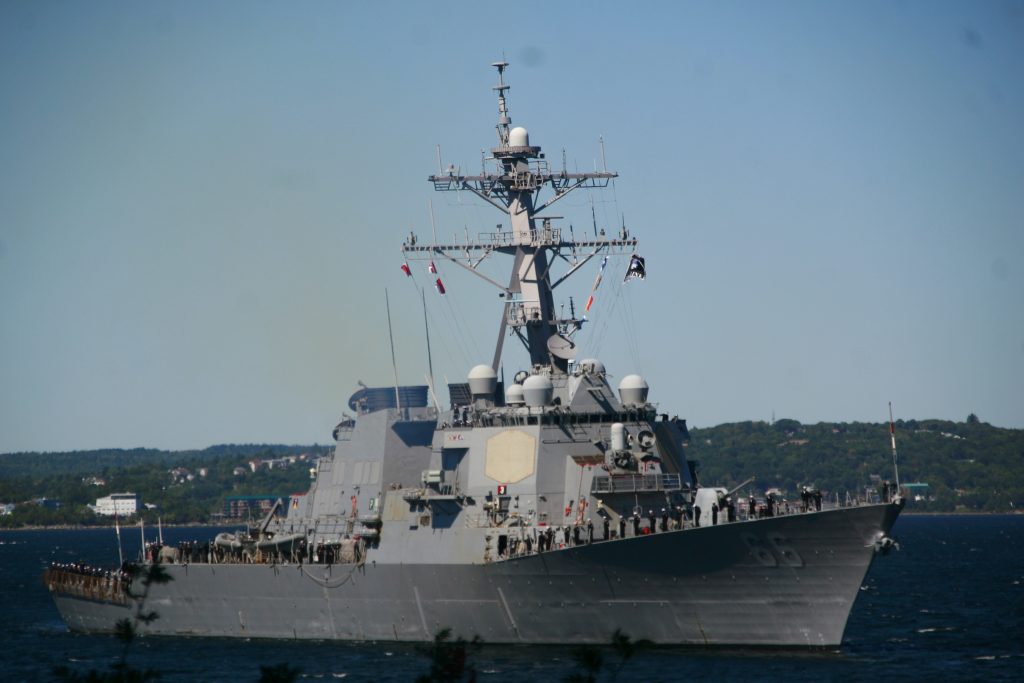 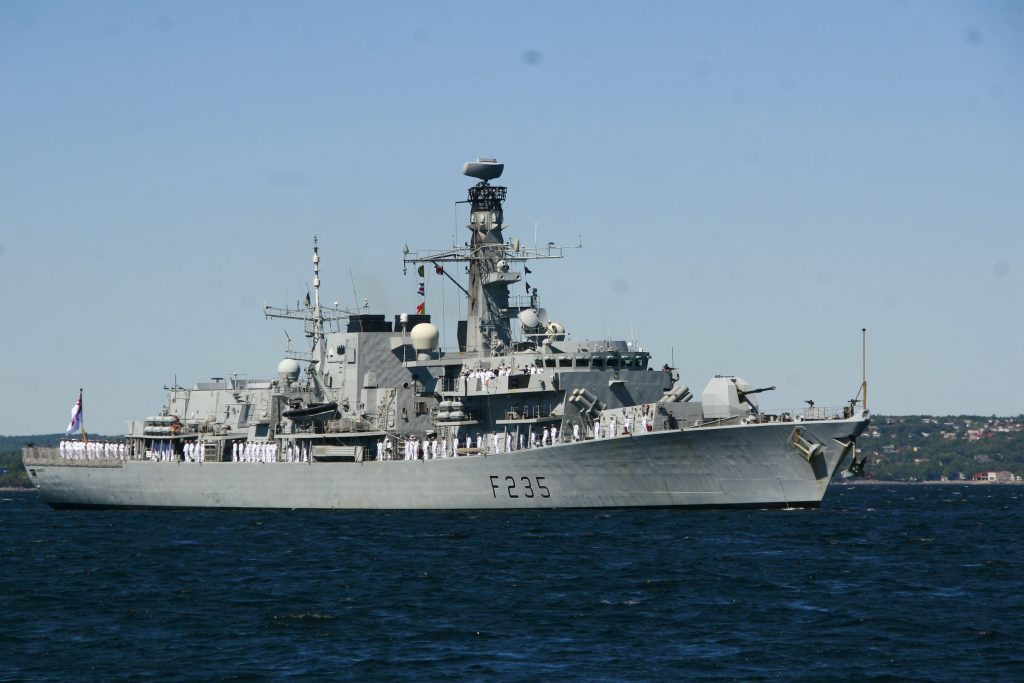 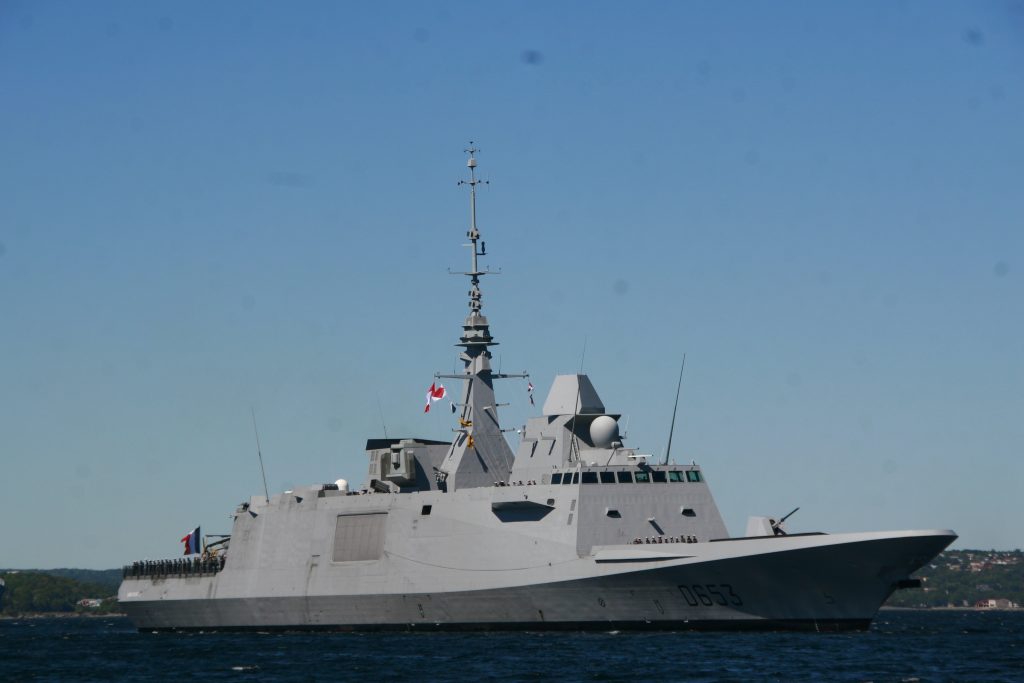 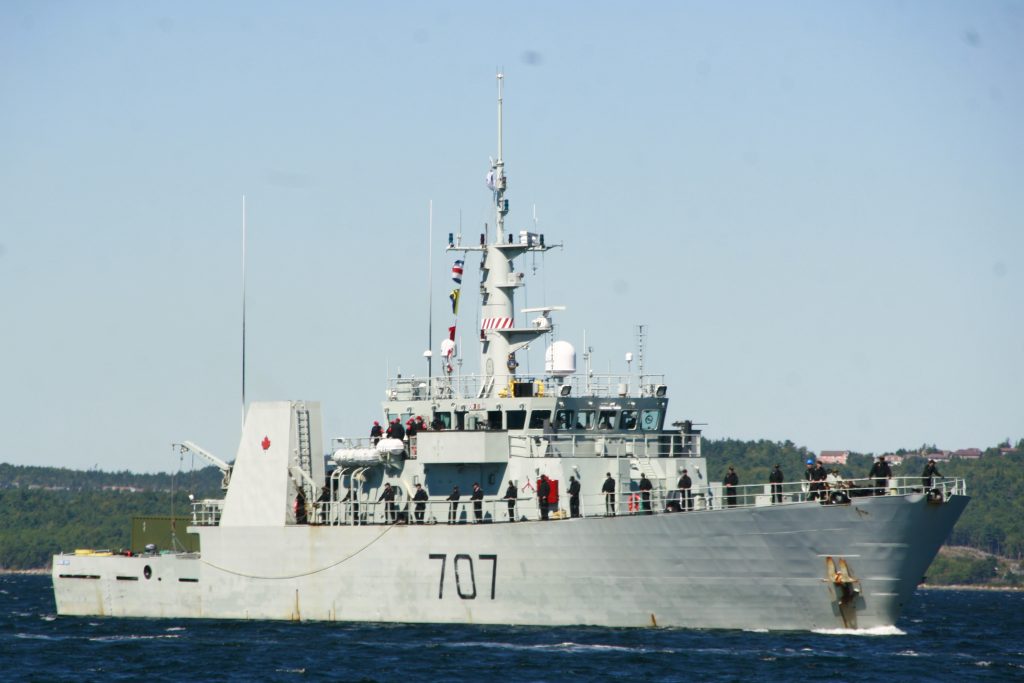 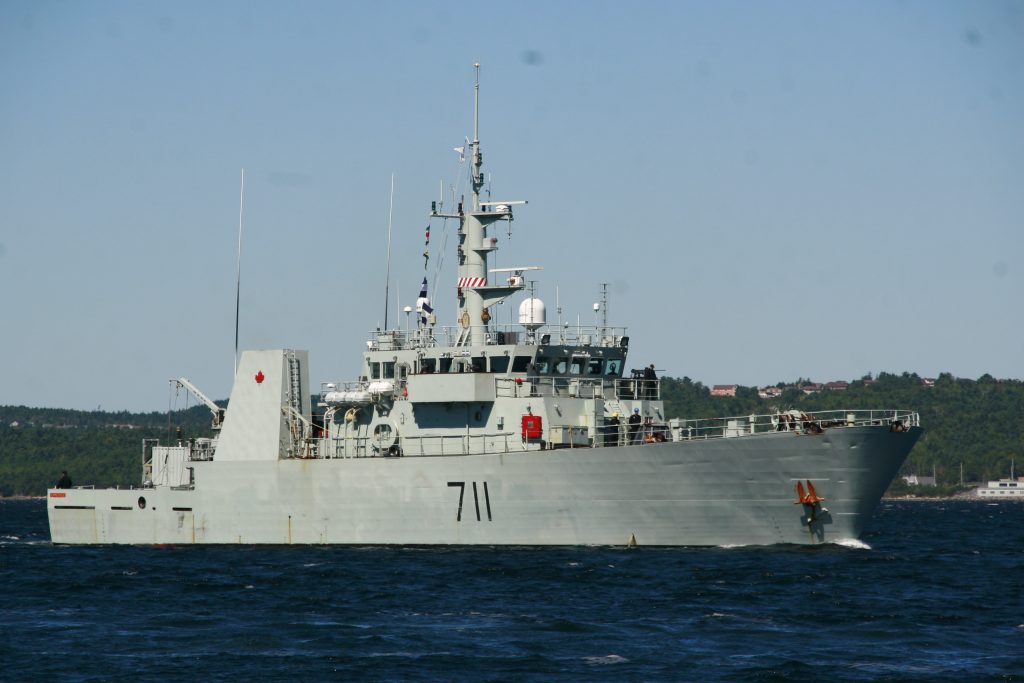 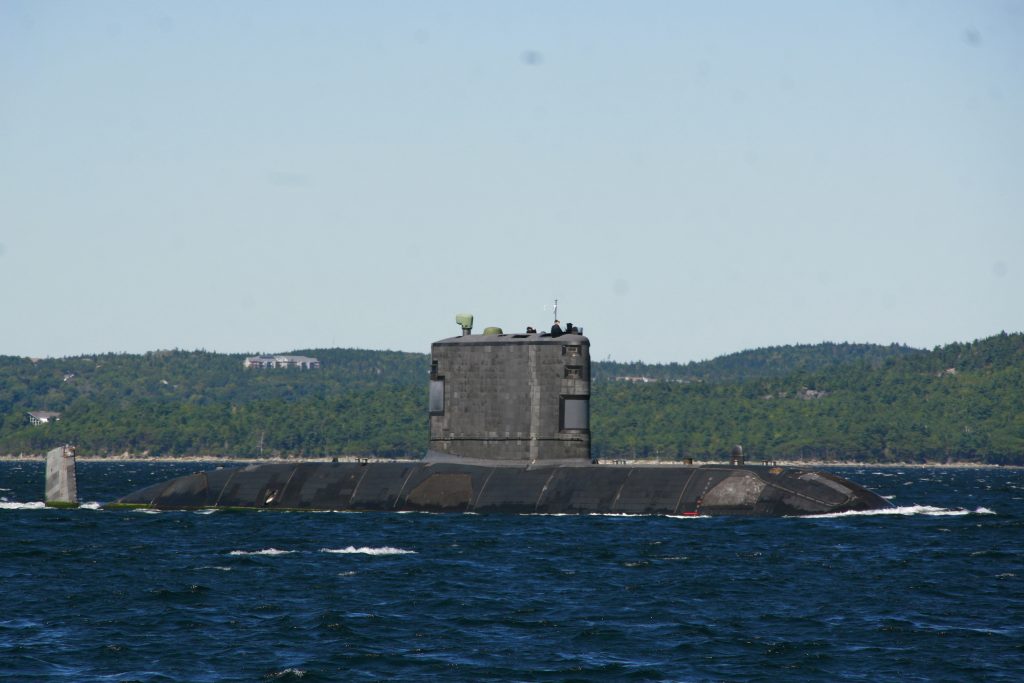 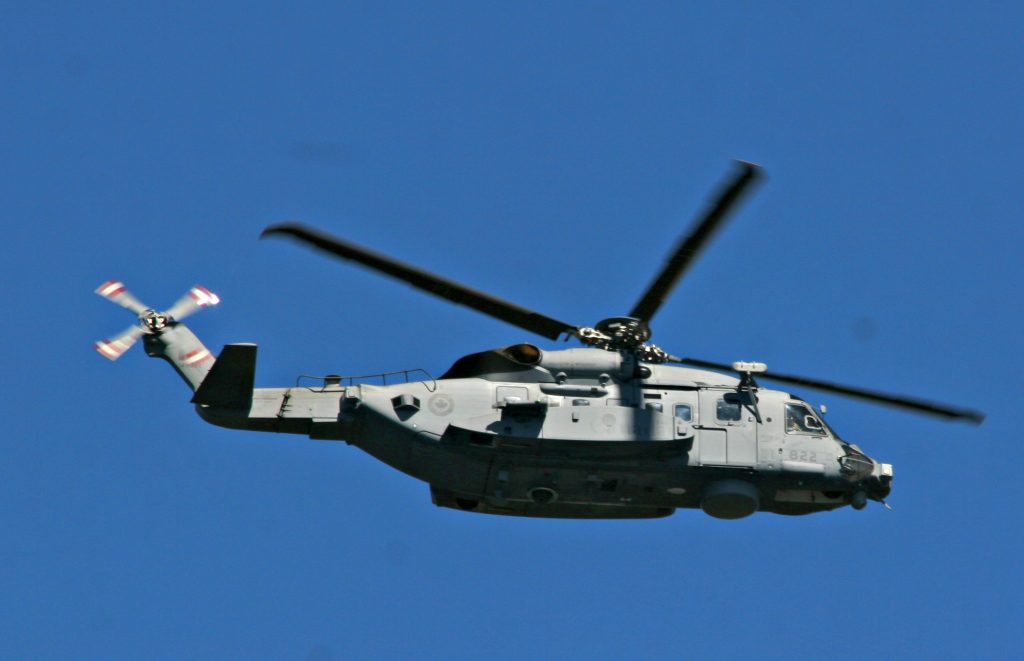 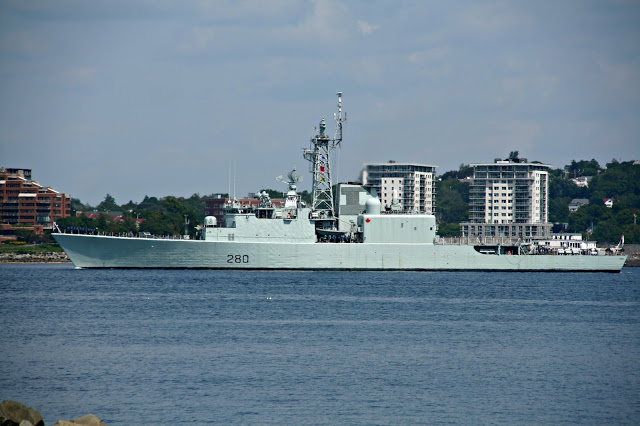 Global news Is reporting the navy will announce the retirement of four aging ships, HMCS Algonquin, Athabaskan, Iroquois and Protecteur.

Iroquois is suffering from cracks, Protecteur suffered a fire and both are beyond economical repair. Algonquin I don’t know about, but suspect Athabaskan will survive until due for a refit in a few years. 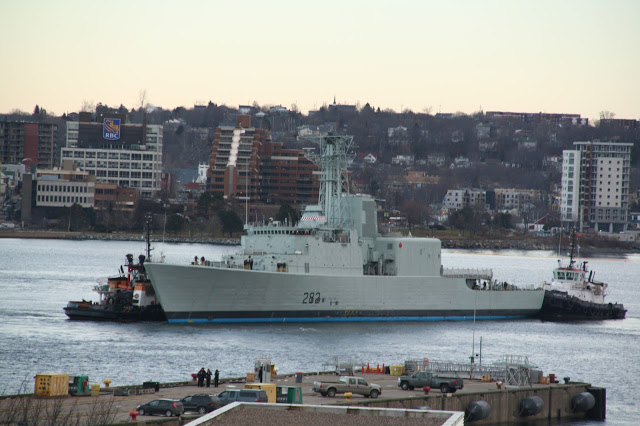 The Canadian Press was able to get the May 2013 report into the tow issues with HMCS Athabaskan. I have not seen the report, so the info below is from the CP Piece. The report, obtained under access-to-information law, says the punctures require 18 square metres of steel to be replaced. Another 711 square metres of the ship needs fresh hull coating because the broken lines rubbed against the vessel, while rails, stanchions and a smashed sonar operator compartment window also have to be replaced, the report says.

the repairs would cost approximately $2 million.

The report says the Defence Department was invoiced about $546,000 by Atlantic Towing to complete the tow from Sydney, N.S., to Halifax, on top of the $707,000 the department has been billed for the initial leg of the journey by original Contract winner Group Ocean.

Investigators say the Ocean Delta,one of the two tugboats involved in the operation suddenly lost power in the Gulf of St. Lawrence between Sept-Iles, Que., and the Magdalen Islands on the morning of Dec. 26 when an air leak caused the clutch to disengage. The tug then spins around, striking the navy ship along one side while its fenders “burst as a result of the force exerted on them during the collision,” the report says. 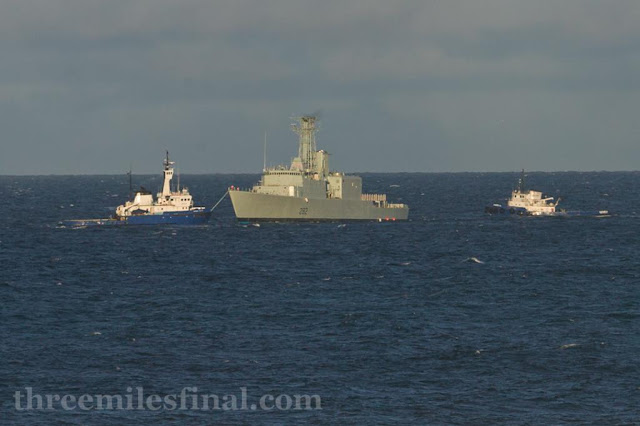 On the 28th, the tow to Halifax resumed. Then, over a course of hours, four lines snap while the ship is about 10 kilometres off the rocky coast of Scatarie Island. The report says winds did not exceed 45 kilometres per hour and waves were between one to two metres at the time.

The first tow line snapped at 10 p.m. A search and rescue helicopter was deployed by the Joint Rescue Co-ordination Centre to bring personnel onto the drifting ship to secure a new line, which was done early on the morning of Dec. 29.

On Dec. 30 at about 3:40 a.m., that line broke. A third mooring line was then attached to HMCS Athabaskan to return it to Sydney. 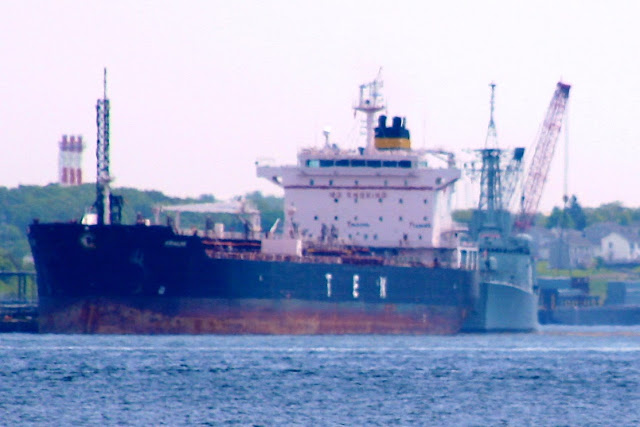 This past week saw Athabaskan tied up at imperial oil to be fueled. This is presumably a pre-requisite for testing engines and mechanical systems.

Yesterday it was reported she returned from some sea trials, so she is able to get out and sail on her own now.

Work is continuing on HMCS Athabaskan, though it appears they are only tending to her holes now.. 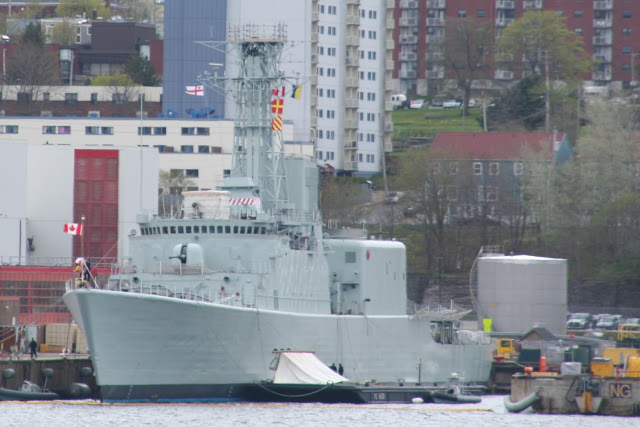 She has been rotated 180 degrees, and a barge and tarp are against her side in the area where she was holed. 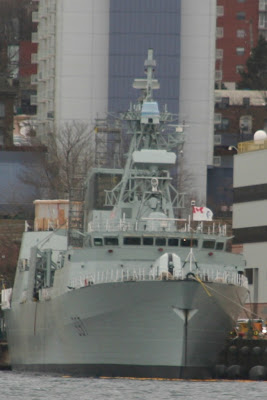 (Above)HMCS Halifax having addtional Kit Fited as the final phases of the FELEX Refit are underway.

(Left) Front on view of HMCS Fredericton, the second vessel to leave the shipyard.

(Bottom)HMCS Athabaskan finishing her 5 year work period at the dockyard. 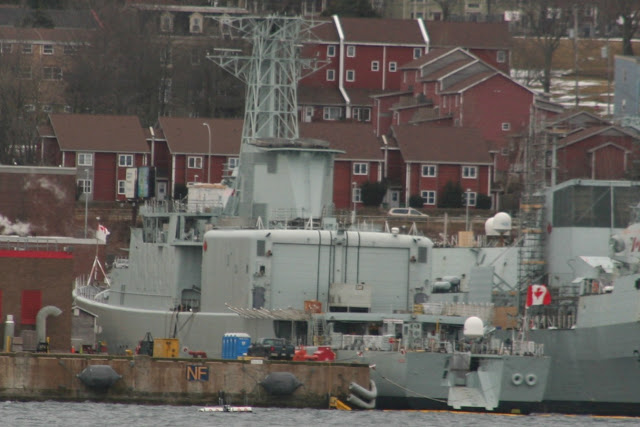 HMCS Athabaskan was moved deeper into the dockyard, sometime in the past few weeks. It appears that whatever refit work was remaining is either complete or being done concurently with the re-attachment of the kit that was removed prior to refit. Some Antenas that were removed can be seen in place. 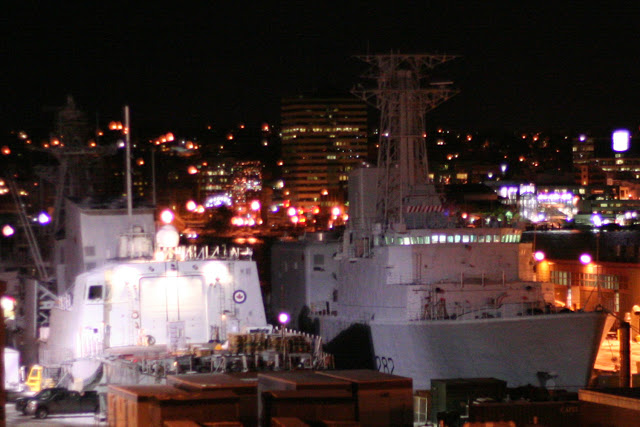