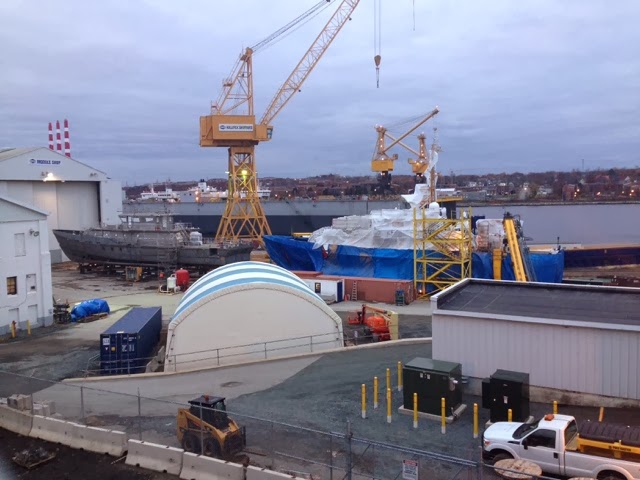 CCGS A. LeBlanc was spotted covered in tarps this morning suggesting that Hero #8 will be rolled out for painting this weekend. Hero #8 will become the CCGS M. Charles 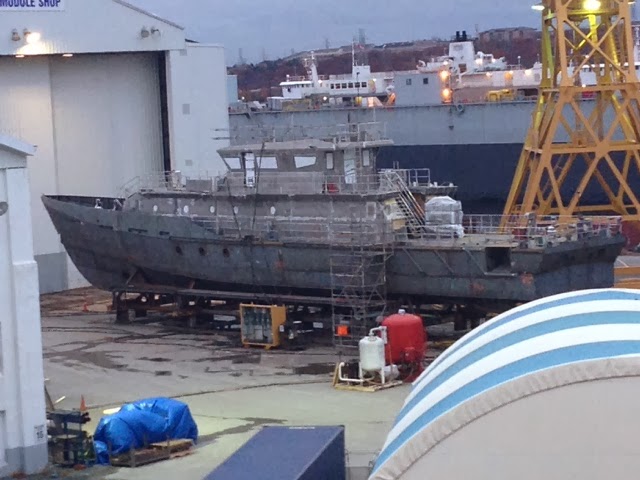 CCGS M. Charles, after Seaman Martin Charles, S.C., M.B., of Bamfield, British Columbia, and Hereditary Chief of the Nitinat Band. Martin Charles, now deceased, devoted his life and career to saving lives. He earned the Medal of Bravery for his instrumental role in a search and rescue incident that began with a sunken fishing vessel and ended with the crash of the helicopter assisting in the rescue efforts.