This week I talk about the importance of upgrading our Aeronautical SAR Assets – both the equipment and level of service.

Incidentally, The Norwegian program to buy 16 new Helicopters, currently under way, is valued at 4.8 billion NOK, which is about 2.1 billion CAD.

One of my pet peeves, is that the Discovery show “Mayday” is almost exclusively about Plane Crashes. Yah Yah, the show is called “Air Crash Investigation” in other countries, but there have been 2 episodes involving trains – a 1989 derailment in California that led to a pipeline explosion, and the 1986 Hinton train collision. Sure plane crashes make good TV, but there are so many other Transportation disasters that would make good episodes.

Given the Number of nautical disasters, it always struck me as odd that the show never covered shipping. Well now the folks at discovery have. Disasters at Sea premieres April 16th

Each episode of DISASTERS AT SEA tells the unimaginable true story of a maritime disaster, combining harrowing re-enactments with expert analysis from marine investigators. Whether it’s survivor testimony about a sudden sound, GPS data about the ship’s speed, or the scatter pattern of wreckage at the bottom of the ocean, each piece of evidence helps investigators build a dramatic picture of the deadly chain of events.

Armed with the newly-discovered facts uncovered by investigators, archival footage is combined with evocative re-enactments, CGI, and special effects to immerse viewers in each story and dramatically convey the catastrophic events. Each episode delivers a suspenseful journey into one of the deadliest jobs on the planet, the working men and women who choose this dangerous life, and the marine investigators who work tirelessly to help make the high seas a safer place.

you can tune in into Disasters at Sea premiere April 16th at 10pm ET / 11pm ATL, after Deadliest Catch.
The First episode looks at the sinking of the Derbyshire, a bulk carrier that went down in the South China Sea in September 1980 with all hands. 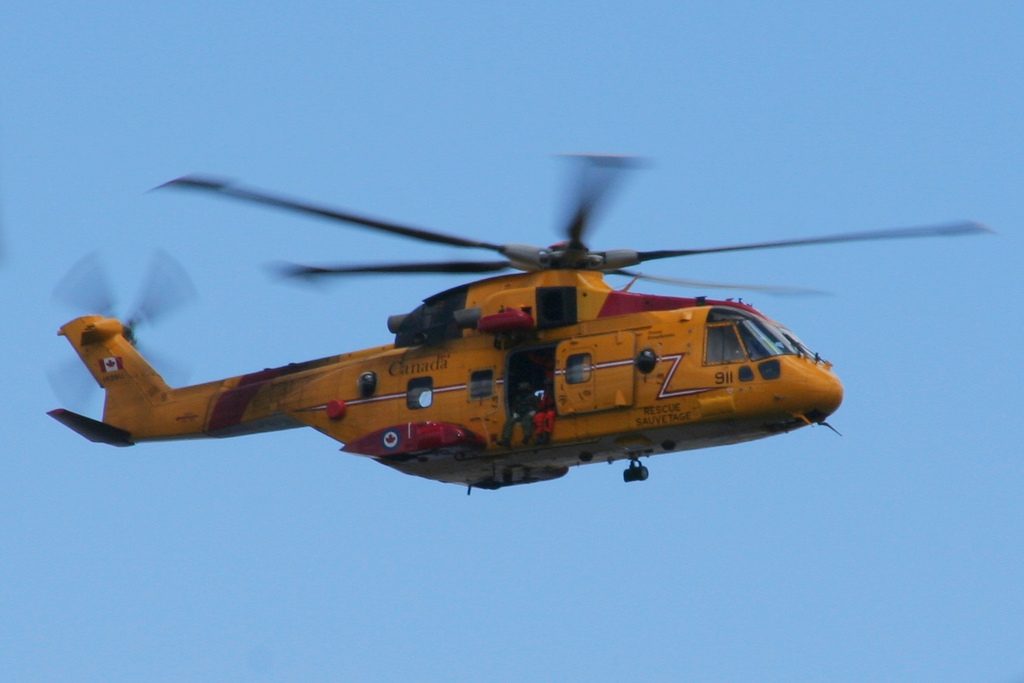 RCAF Cormorant – AKA the EH-101. used for SAR Services in Canada.

Today’s Herald features a piece by Andrea Gunn about the possibility of civilian contractors filling gaps in SAR service. One of those gaps is the short summer season in the arctic.

To date, the government has resisted stationing a helicopter in the arctic during the summer shipping season. They have claimed that this would be removing resources from other areas, and their simply isn’t the need for it in the north.

Given the relatively short summer season, Helicopter SAR services could be provided on a contract basis. Cougar Helicopters, who fly out of Halifax and St. John’s are able to provide contract all weather rescue services using S-92 Helicopters – the civilian version of the Air Force’s new Cyclone Helicopters. Cougar Helicopters offers this service commercially now, and regularly practices off Halifax. 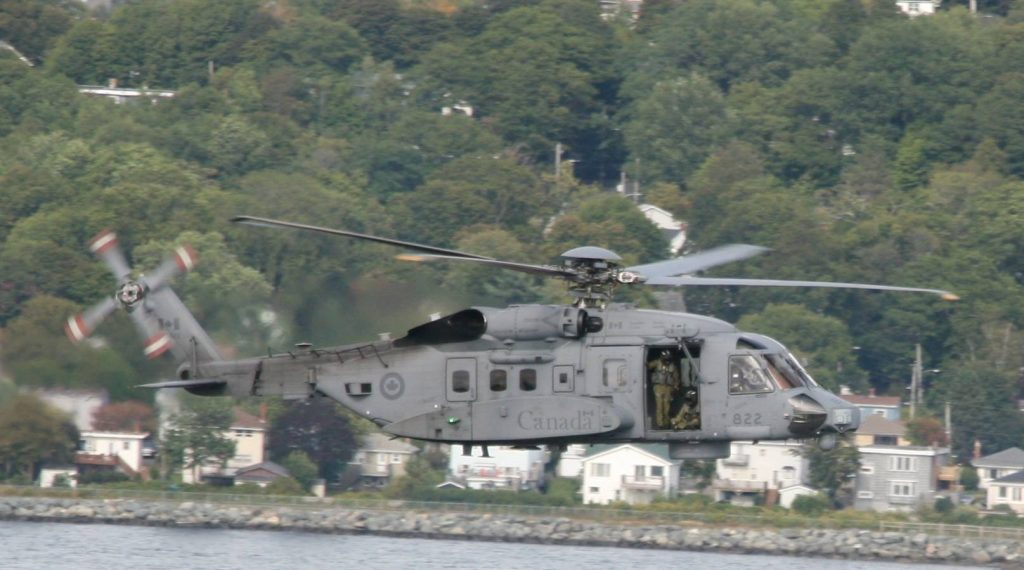 RCAF Cyclone – the military version of the S-92

Nunatsiaq news reported that the much vaunted deep water Naval Station at Nanivsk, announced under the Harper Government, and has been slow to materialize – Construction started in 2015, and is due to be completed next summer. The port will serve as a re supply base for navy and Coast guard vessels.  It would be a logical place to station Sar Assets.

The case of the grounding of the Akademik Ioffe shows how vitally important it, and SAR helicopter service is to the arctic. Two Helicopters were dispatched from central Canada, but had long flight times, and required fuel stops. Two other cases show how helicopters are needed in the Arctic

On August 29th, 2 men were rescued after their 11m sailboat “Anahita” became trapped in ice and sunk in the Bellot Straight. The Men were found on a ice flow, with warm clothes, food and water, and a life raft. They were rescued by the coast guard icebreaker Henry Larsen’s helicopter, after the closest ship was delayed due to ice.

Two Inuit hunters were also rescued by the Louis St Laurent helicopter after a polar bear attack.  A 2009 senate report identified increasing numbers of pleasure craft in the arctic as a source of significant risk, along with foreign vessels unsuitable for arctic travel transiting Canadian waters.

Given the constrained supply of SAR Resources in existing areas – contract services should be considered.

Who needs a life jacket when you’ve got a good set of pants on? My good friend, Michael Carr, demonstrates the lost art of turning clothing into survival gear (in under a minute). (Note: of course, I am not advocating for not using a life jacket while boating. Life jackets always work better than pants.)