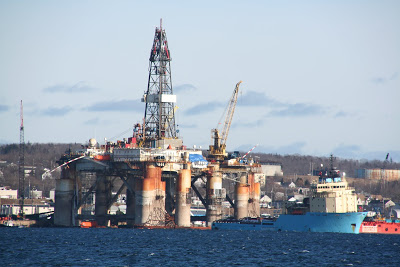 The Transportation Safety Board of Canada (TSB) released its investigation report (M11N0047) into the November 2011 striking incident involving the supply vessel Maersk Detector and the mobile offshore drilling unit GSF Grand Banks in the White Rose oil field off the Grand Banks of Newfoundland. The Report Found Poor communication between the vessel’s bridge officers, as well as between the vessel and the rig, allowed the cargo operation to continue with key personnel unaware that the risk of striking was high.

After the incident, the GSF Grand Banks was towed to Halifax for repairs. Full coverage can be found at http://blog.halifaxshippingnews.ca/search/label/GSF%20Grand%20Banks

On the afternoon of 24 November 2011, the Maersk Detector was loading cargo from the drilling unit. Weather was deteriorating at the time, with increasing swells arriving from the south. During this operation, the vessel maintained its position relative to the drilling unit by means of an electronic control system called dynamic positioning. At 15:30, Newfoundland Standard Time, the Maersk Detector‘s port stern struck a column of the GSF Grand Banks, holing both the vessel and the rig. There were no injuries and no pollution resulting from the striking.

The investigation found that the relevant weather information was not provided proactively to the bridge officers, so they were unaware that the weather limits for the operation had been reached. Furthermore, the bridge officers did not work as a team, nor did they thoroughly use electronic data available to them to maintain separation distance. As well, the Master prioritized his visual assessment of distance and position over the dynamic positioning alarms and warnings, which were indicating that the vessel was not maintaining its position well. The Board also found that, without formal bridge resource management training and continued proficiency, there is an increased risk to the vessel, its complement and the environment.

The ship operator, Maersk Supply Services Canada Ltd., and Husky Oil Ltd., the oil field operator, have made important changes to their operations to mitigate the risk of a similar accident happening again. Transport Canada has also proposed amendments to the Marine Personnel Regulations regarding bridge resource management training. 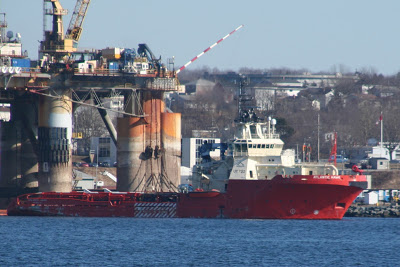 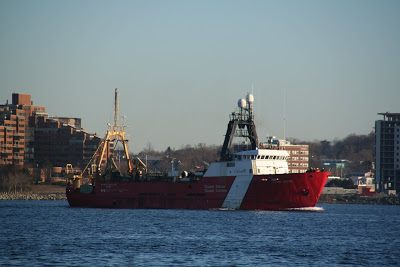 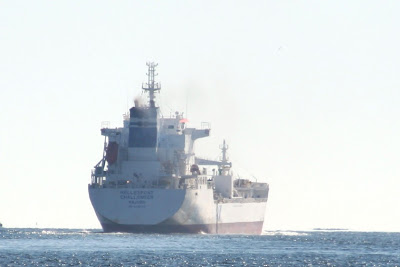 The Maersk Dispatcher arrived in Halifax earlier this week, and has been working with the GSF Grand Banks Today. It Appears the GSF grand banks’ maintinace period is neering completion as she has the lifeboats deployed, and is working with the supplier.

Maersk Dispatcher’s sister ship, Maersk Detector collided with one of the columns on the GSF Grand Banks, damaging both ships above the water line, and requiring the grand banks’ maintinance period to be moved forward by a few weeks. 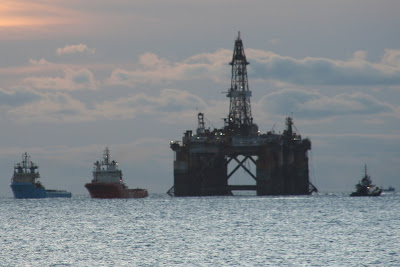 The Drill rig GSF Grand Banks Towed by Atlantic Hawk and Maersk Chancellor is due at the pilot station at 0800 Dec 11. She is bound for Woodside for Repairs. Maersk Detector damaged the rig in late November when she struck her off Newfoundland.

She was built as Bow valley 3 For Husky Energy, by St. John Shipbuilding. She is currently Owned By Transocean, and is Drilling in Huskey Energy’s White Rose Field. Since the incident, a Scheduled work period for January was moved forward. 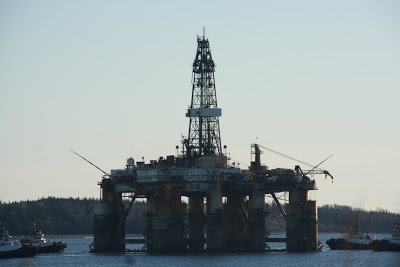 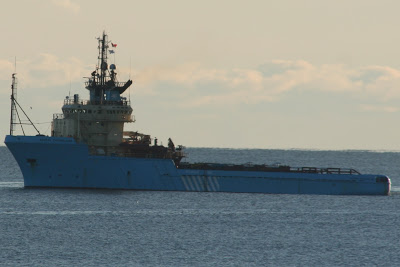 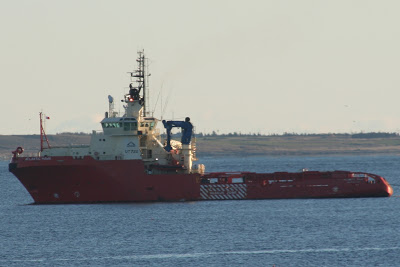